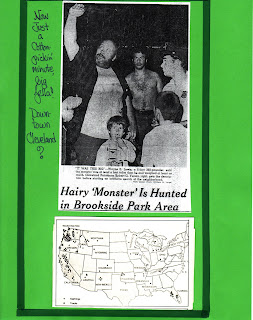 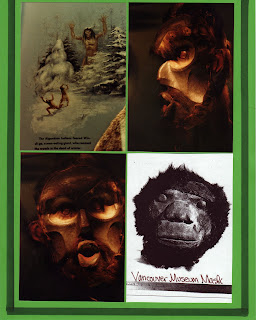 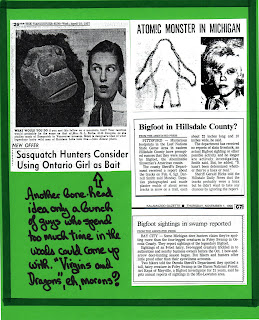 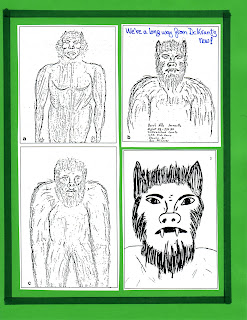 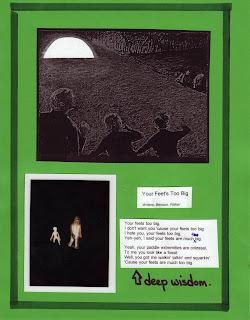 Creepy is the word for these sorts of UFO encounters [if such they are] and frankly "creepy" is not the norm. "Creepy" has more typified matters of the paranormal "nature" entities than UFO CE3s. But UFO researchers field these things. One of our best, Bill Chalker, looked into a 1975 multiple-witness case in Tailem Bend, South Australia where the "Yowie" [Ozzy's ABSM] was striding down the road carrying a lantern. In 1973, two teenage girls in Beaver County PA reported an 7+ foot tall white-haired ABSM carrying a lighted sphere. John Timmerman got a report from a military man of a 9-footer with dark hair simply disappearing, leaving no traces in the snow. None of these particular cases had a direct connection to a UFO. Now I've got too big a pile of encounters to prefer the "Nonsense" hypothesis. But I have all sorts of things which don't fit the Krantzian biology either. Oh brother, it looks like All-the-Way-Fool. But what sort of fool? Am I in Magonia or Alpha Centauri? Despite the occasional UFO or UFO-like connection, the ETH for these things doesn't fit well---unless they're "games" of some kind, in which case my civilization-type-two amoralists are scaring people, literally for the fun of it. If it's Magonian activity, then they're about their imitative mischief-making again. It would be nicer if these clowns would make this a little easier. With that last thought in mind, I leave the last word to the famous cryptozoologist, Fats Waller, in the last picture collage.