From Bill to Gill to Hill: Part one--Bill. 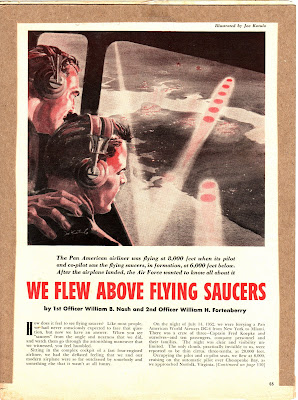 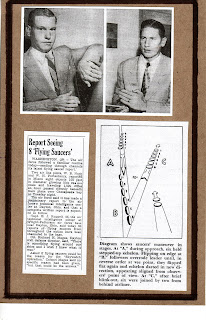 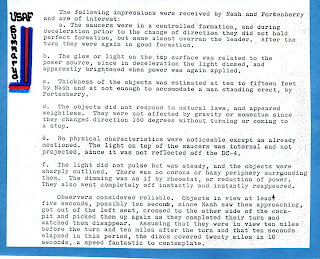 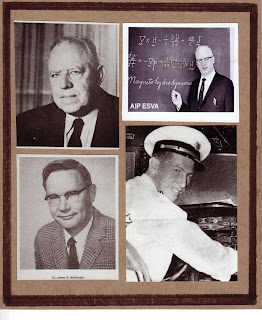 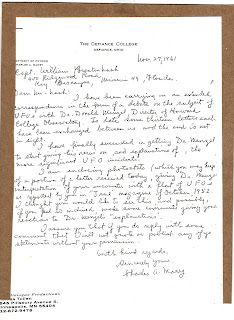 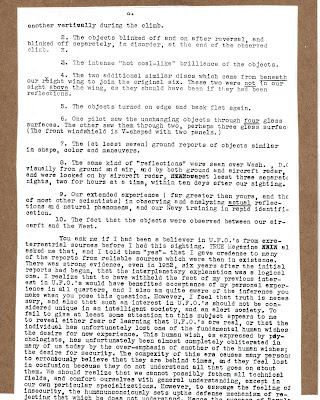 What we have here are three pages of Nash's most detailed letter to Menzel, [ hmmm...I have just noticed that the technology for this blogsite has dropped one one these pages during my blog downloading---and once these illustrations are in place, you take great risks trying to move them around----since I'm so far into the entry I'm not going to risk this---what I'll do instead is post these three pages in a supplementary blog entry immediately after this one, and you can read them in order there, but I'll leave the remnant two pages in state here] and you can read the core information about the sighting for yourself, and grasp some of Nash's thinking style and his surrounding beliefs. I'll leave you to it. Hopefully some of you will feel that this is a rare treat to get closer to one of the main cases in our literature. 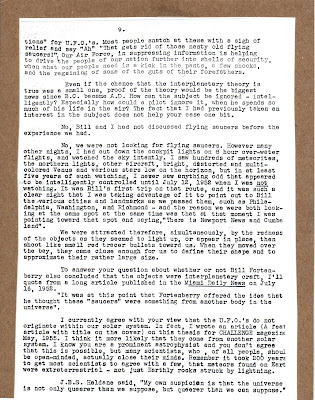 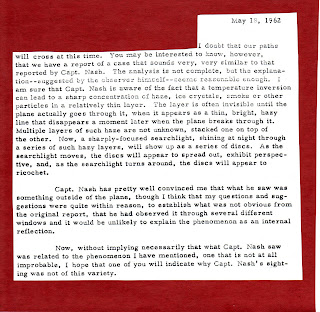 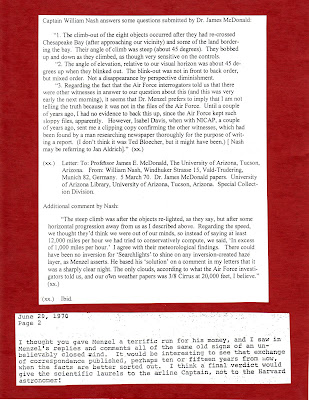 A few years later, Jim McDonald read the Nash/Menzel correspondence. Above is part of an interview he had with Nash, and his assessment of the letters exchange. In reality, Menzel lost every exchange of letters with people like Nash, Maney, Wellman, and Hall. This was not primarily because they were smart [they were], but because they were dealing with facts and Menzel was happy with preconceived prejudices and "creative speculation". I would like to say something good about the man. Honestly, I can't think what.
Posted by The Professor at 2:26 PM