Did PLATO Speak to EARTH in the 19th Century?? 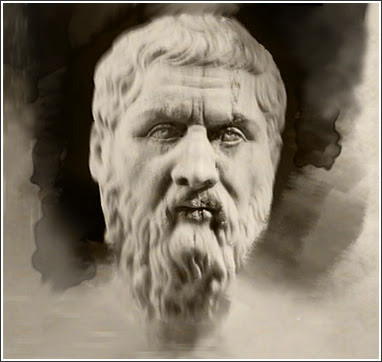 Unless we believe that some trance control medium channeled the Plato above, I don't think THAT Plato attempted to communicate, but maybe the Plato in the picture below did. Yeh, the odds are pretty low, but let's see what happened anyway. 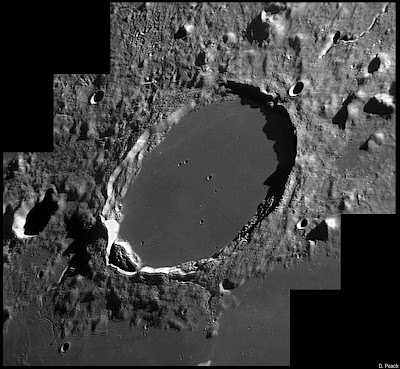 This will be another somewhat disorganized post as it's too complicated for any clear understanding by me. But it's interesting enough to give it a try.
I bumped into an old 19th century article about Transient Lunar Phenomena [TLP] in the lunar crater Plato by accident, and that started a miniature look-see. The story has a little useful history. 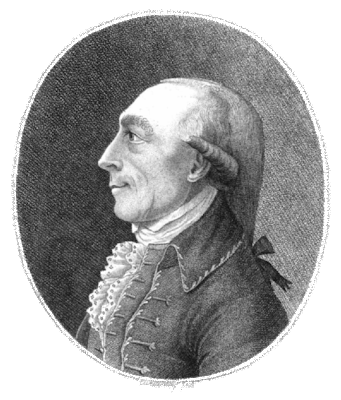 Sometime back in the mid-to-late 1700s, a German amateur astronomer [but a good one] named Johannus Schroter began an almost obsessive attempt to map the surface features of the Moon. He did a pretty good job considering the equipment of the time and his work inspired many others to get on the bandwagon. [Schroter is on the left].
While he was at his mapping, he began to notice peculiarities which occasionally showed on the surface, most often around the crater Aristarchus. Due to this, Schroter could legitimately be called the Father of TLP studies. Although Aristarchus dominated the TLP observations, and has continued to do so till this day, there were a few observations of anomalies in or around Plato listed in his work. These were mainly in the year 1788.
But it was a different sort of an inspiration which would instigate the "Platonic Mystery" which we'll talk about later. This was the apparent disappearance of an entire crater [Linne]. A key character influenced by that story was the famous American astronomer, William Pickering [shown below], of the Lowe Observatory of Echo Mountain, CA. The apparent disappearance of an entire crater off Schroter's and subsequent lunar mappers' charts boggled much of the astronomical world at the time and put energy into the process of close-mapping the Moon. Pickering was fascinated by the alleged changes and began to note differing "glows" or amounts of lunar albedo surrounding what was left of Linne, and then of other craters, and came to a hypothesis that the Moon had primitive life forms which grew and "migrated" seasonally. These ideas by Pickering were in the late 1800s and early 1900s.
Pickering did not contribute much to the Plato mystery until about then. In 1904 he noted that a bright hazy object was seen on the floor of Plato after ten days of observations showing nothing unusual. Then three days later the bright spot was replaced by a black elliptical shadow. Simultaneously, a large white area appeared to the NNE. Pickering stated that this confirms beliefs that the crater shows "conspicuous changes". [as an aside, he also saw a very bright "object"/light on Mars in 1894]. 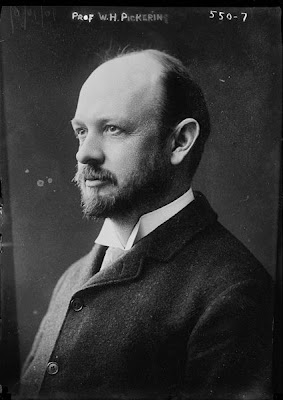 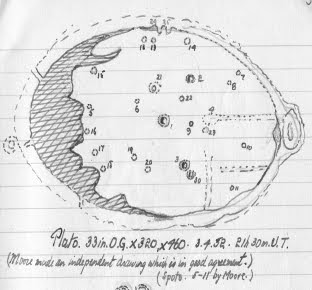 Even though the stimulus for this posting was due to events in the 1870s etc, I put in these later notes to show that interest in changes in Plato continued long thereafter.
Another prominent example of that is the famous "Hook" of Plato seen in the mid-20th century by major British lunar astronomers HP Wilkins and Patrick Moore. This feature, which was rarely seeable in the shadow-forms of presumably the Plato ridge mountains, created a long mystery hunt reaching almost till today. In this case it may be that a solution involves a combination of just the right Sun angle and a coincident matching up of the extended shadow with at curved rifted "valley" inside the wall.
I'm not sure if these two renditions are both Moore's or if they are one of each, but the existence of peculiar linear streaks on them puzzles me. What are they meant to represent?? 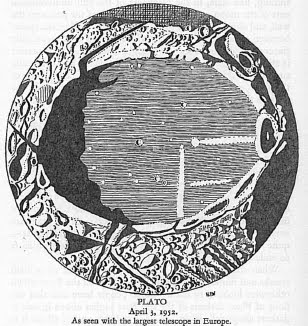 So....back to the mid-1800s. What happened then to get all this roiling?? Our main story character is William Radcliffe Birt [sorry, I couldn't find a picture]. Birt as a young man worked for the famous astronomer John Herschel and got thoroughly fired up with observational astronomy. When he was 55 years old [1859] he became obsessed with mapping the Moon. I don't know why. In two years he was presenting his first manuscript to the Royal Astronomical Society. It's subject: mapping the crater Plato. A description of the day might say: " There are many other bright spots and streaks on the floor of Plato; but the streaks seem to resemble those which extend from some of the principle craters, ... and brighter patches appear to be merely enlarged portions of these streaks...." [1863, from a summary by a colleague].
Birt and others hoped for some support from the British Association for the Advancement of Science and received a small stipend in concert with setting up a "Lunar Committee" in 1864. This allowed him to engage in continued regular observation and mapping. But the BAAS got tired of this and cut off funds. This was in spite of what came to be known as the "Linne Affair", which should have excited anybody. 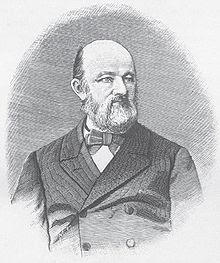 The Linne Affair struck astronomy in 1867. It happened due to the fact that early Lunar mappings by people like Schroter and Johann T Madler had shown the crater Linne to be one of the most conspicuous craters on the plains, but sometime in 1866, the director of the Athens Observatory, Julius Schmidt, discovered to his amazement that it had simply disappeared. The crater seemed to be replaced by a shallow white patch. [NASAs modern photography of the site seems to indicate that Linne is a very shallow crater and not at all like it was described by Madler et al]. {Madler is to the left; Schmidt is to the right]. Later astronomers decided that the only solution to this was that all the early observers were mistaken, and that nothing could have happened. 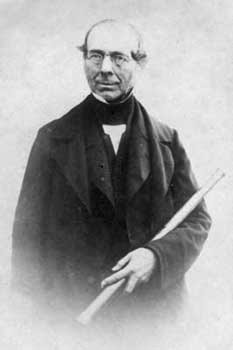 Nevertheless, lunar observers at the time were usually quite sure that significant changes on the Moon were possible and it was in that spirit that Birt and associates like the Reverend William Dawes [to the left] pursued the changes on the Plato floor. Stupidly the BAAS withdrew their support just as Birt completed an extensive study of mysterious changing light phenomena in Plato. These observations came out into the public in 1872.
Birt found now-you-see-them-now-you-don't spots, streaks and stated that the floor of Plato darkens during the Lunar day. This latter phenomenon could well be an illusion due not to Plato's darkening, but rather to the surrounding plain lightening up faster [due to "soil" constituents/reflectivity] as they received the "daytime" Sun. But the spots and streaks are not so easily solved and people still argue it out today.
Birt and his colleagues following [he had to quit in 1877 due to bad health] produced maps and data tables demonstrating their beliefs in a changeable Plato. The map below is indicative of their work, and just a glance shows not only craters within the big crater, but also light spots, patches, and streaks, very prominently. These people were obviously convinced of a great deal of action down below. 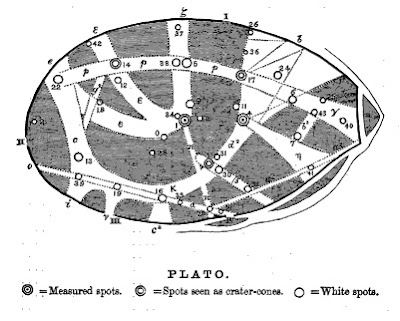 Birt's writings for the April, May, June period of 1870 are as spectacular as any. In these he defends the quality of the observations by remarking that most of the phenomena were multiply witnessed, often by four different observers. He stated for instance that during the period in question ten spots within Plato grew in illumination while others nearby DID NOT. The same thing was found elsewhere in Plato, at a different time era, but in reverse [i.e. spots or streaks dimming while others nearby did not]. These simultaneous and different brightenings or dimmings convinced Birt that this could not possibly have anything to do with terrestrial atmosphere conditions, and the nearby locations of some of the differently acting spot areas showed that this was not due to some simple Sun-angle illusion. In fact, what Birt did was present a picture of Plato in 1869-1870 gradually showing differing brightening and dimming light areas just as in some slow irregular pulsing of different floor areas. Birt himself may have imagined something "patterned" going on, as he too thought that crater floors might have some changeable vegetation of some kind. 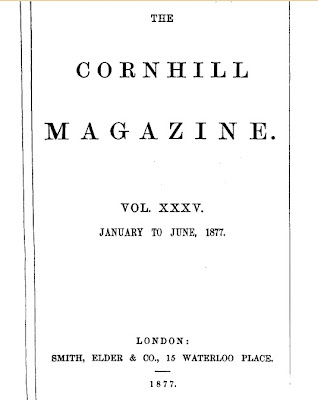 As you see in 1877 the Cornhill Magazine published an article entitled "Is the Moon Dead?". It was quite smart, and began with a strong general education take on the science and best guesses about Lunar formation. Near its end it mentions Madler and Schmidt's Linne disappearance as proof that the Moon is "alive" in at least a geological sense. The darkening of Plato's floor was rejected as illusion, and with that the idea of lunar vegetation. It leaves the reader with the idea: changeable floors, yes; life, no.
None of that deterred Birt's colleagues and followers from their observations. By 1879-1882, they felt that they had a whole datapile of new lightenings and dimmings of spots and streaks. Reading closely, you also hear of what sounds like a "cloudy" or hazy mist which occasionally obscures the floor. 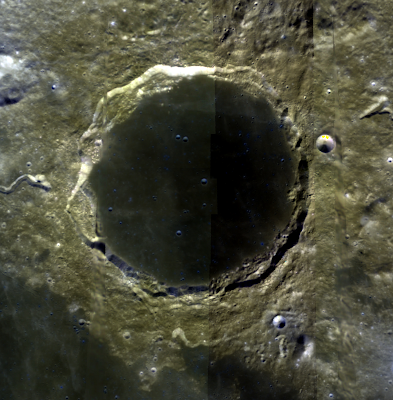 Modern astronomers, of course, would like to turn all this into nonsense. They admit that even with NASA lunar fly-bys the great dark basin of Plato can look pretty mysterious [I particularly like the photo, made by an amateur, but obviously a terrific one, which you see on the left.] Occasionally you still get articles from astro-professionals attempting to beat up on the old guys' observations. I recently read one from the British Astronomical Association attempting to explain everything by shadow elongations [spots, streaks, false lightenings, whatever]. They never even addressed the original observations of Birt in 1870 and AS Williams et al a decade later.
What we are supposed to take away from all this is: of course nothing odd of any sort can be going on in Plato. The Moon is dead, in every sense: Get it? There aren't any TLPs of any real puzzlement. Get real. What are you, some uneducated morons?? 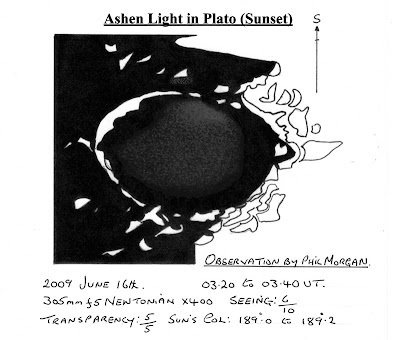 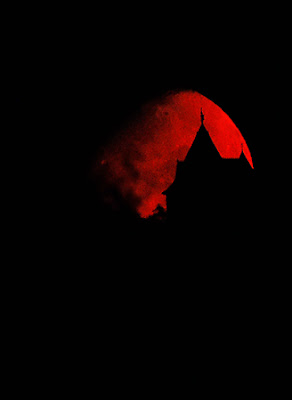 Maybe something is still mysterious about the Moon afterall.
And it's almost Halloween.
Posted by The Professor at 7:58 AM