THE SKY IS FALLING: a Walk on the Wild Side with DARPA and the Air Force. 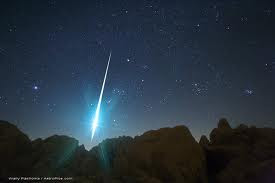 This is an organizational nightmare, so I'm going to break it up into three smaller posts in the hope for a chance of clarity.
Being back home in Michigan, and as the writing and most of the organizing of the big UFO book is over, I decided to face the fact that my files associated with government actions, stupidities, and meddlings were in a colossal mess and begin to do something about that. I came across a file folder which we did not use in the book. I'd collected it at the Smithsonian Institution in 1988 [?]. I'd forgotten completely about it and had no clue. My label said: 1960 CIA investigates object fall. Well, how about that?! Just goes to show you what having too many resources can do for you. I'd never read it closely.
Inside was a memorandum for the record about a phone call from the CIA to the Secretary of the Smithsonian Institution about something which fell from the sky on September 4th, 1960 in Hartford CT and burned [in a small way, it turned out] a shed. A famous satellite watcher astronomer was involved with the case, and chemical analysis was said to show that the thing was neither satellite nor meteorite. As the Smithsonian Institution was the parent of the Smithsonian Astrophysical Observatory which was now involved publicly, and since the Director of the SAO, Carl W. Tillinghast, was tasked with creating a public statement about the incident, the CIA was requesting a copy of the [blow-off] statement. Hmmmm. What the heck was THIS all about?? 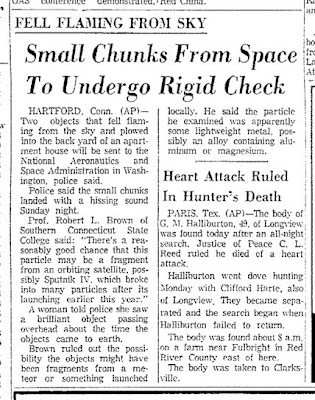 On the evening of September 4th, separate individuals saw a greenish-colored [mainly] bright object passing overhead. They were attracted to it by the fact that it made a noise. These visual in-flight observers did not see it land. Another person, however, also alerted by noise, went outside and discovered a smallish object which was reducing itself to pieces and ash and setting afire the local shed.
The witness immediately [with neighbors' help] put out the fire and picked up a moderate pile of various fragments which were still warm. They also called the police. The police arrived not only with their detective, but with a reporter in tow, AND a well-known local college professor, Dr. Robert L. Brown. He, it turned out had much to say. The press story with out and national almost immediately. This was the time for Soviet and US satellites and everybody was seeing them and was interested. It was also the time of Moonwatch at the SAO, and the time when people were seeing UNexplainable "satellites" either following ECHO about or running in "wrong" orbits in the skies. [I think I posted on this a long time ago, but it may have been an IUR article]. 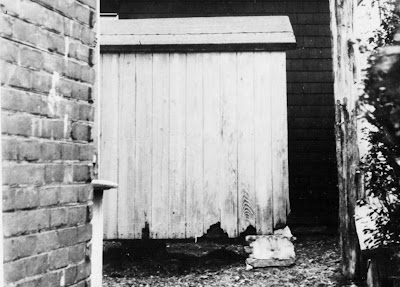 Inspections were made [the picture on the left is the Project Blue Book document showing the shed with burned areas on the bottom]. Note that this case ultimately went to the UFO project. Also, the other witnesses were located by the police.
Professor Brown was avidly interested. He had been the first US citizen to actually spot Sputnik I and was well known to the SAO. In fact he directed one of Moonwatch's observation stations. His group had seen anomalistic "somethings" approximately one week earlier. His press comments flatly eliminated meteors as a culprit, but suggested some Soviet satellite fragments might be involved. Brown was also imagining some other more mysterious artificial object which he did not go into.
What he surely DID do however was to bring the "fall" to the attention of Project Moonwatch and its director Harvard astronomer Fred Whipple and assistant director J. Allen Hynek. Yep. THAT guy again. Those two knuckleheads are shown below at the SAO Moonwatch offices around the time of this story. [the actual photo is one of those posed pictures that they did when they cracked the orbit of Sputnik I. --- two happy, obviously professorial buddies]. 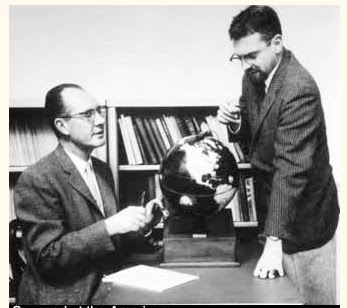 It is then that this story takes an abrupt left turn. T. Townsend Brown shows up. My jaw just about hit the floor when I got to this part. 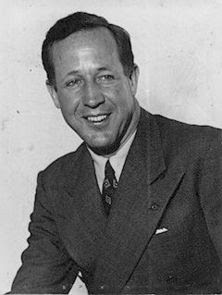 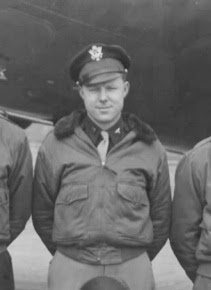 Well, us folks in UFO history research know a great deal about T Townsend Brown and it's rarely good. This guy had almost as many angles and mysteries about him as George Hunt Williamson, and I still don't quite understand him. Please go to the internet and read a little about this guy; I can't write the necessary book here. I'm going to list a bare minimum: rich man's son; child science prodigy; had some ideas which impressed a lot of people; came up with idea that electricity and gravity were related and could be shielded or cancelled; early "president" of NICAP.... by this time fired but still active with his esoteric science ideas.
So, somehow Brown read the press story and IMMEDIATELY got permission to TAKE CONTROL of the samples!!! He walked right into Whipple's office the NEXT DAY, and presented his credentials. Whipple, a severe skeptic about almost anything, agreed that these samples were not worth anything to Moonwatch [doubtless Hynek disagreed, and equally doubtless contacted Major Friend at Blue Book].
Brown gathered up the samples and copies of the police report, promising that he would keep Dr. McCrosky of the SAO informed [he is the scientist pictured below] and was on the phone with Colonel Victor A. Cherbak of the Bedford, MA Cambridge Research Center at the time --- i.e. right there in Whipple's office. [Cherbak is above left]. Who the heck was Cherbak??
Cherbak was the first director of Project Space Track [at the time called Project Harvest Moon]. This was the Air Force's secret analog to Moonwatch, set up to track all Earth-orbiting satellites. T. Townsend Brown: immediately getting access and possession of "anomalous debris" of some kind and talking to the USAF's secret satellite project director by phone in Whipple's office --- almost makes my head hurt. Was no one interested?? But THAT can't be, because Brown had to get that permission somewhere high up. And, at least Blue Book was interested. 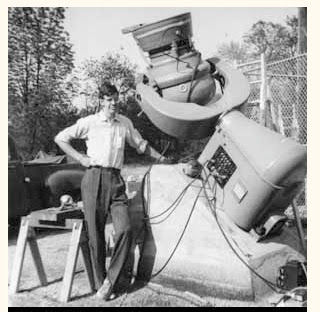 We know that Blue Book was interested because when they learned about the case they immediately asked in. They acted on the 8th as you can read below. Little did Major Friend know that Townsend Brown had beaten him to the punch by two days. 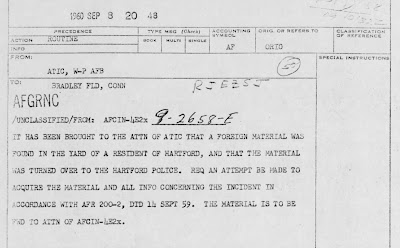 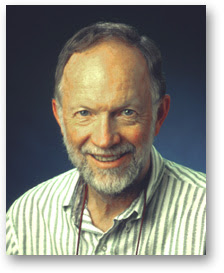 Even invoking Air Force Regulation 200-2 which covered the collection of photos and physical evidence, among other things, couldn't help him if the "stuff" was already gone. Plus, the military is usually as slow as molasses on these things anyway.
Nine days later Dr. John T. Wasson [an extremely good atmospheric physicist] was sent to Hartford and SAO-Moonwatch from the USAF Atmospheric Circulation Laboratory, Nuclear Studies Branch. He was a bit surprised to find that the SAO had given everything they had to Brown. In Hartford itself he had more luck as the witnesses had kept some of the stuff themselves, although brown had taken at least half of that too. But at least Wasson could take his oral reports, his pictures of the site, and some meagre samples and make a Blue Book report. And what did his report say?? More importantly what was Townsend Brown doing? That's for the next two segments.
As a little treat: the picture below is of Professor McCrosky at the left on one of his satellite tracking field experiences [Hawaii, I think], and the young bespectacled man in the middle is UFO researcher/legend Walt Webb. 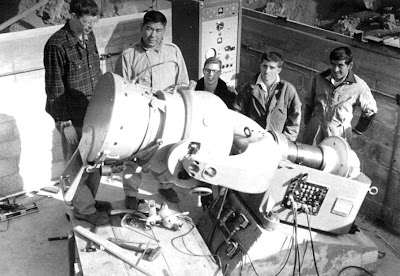