The 2013 Annual Meeting of The Society for Scientific Exploration: post one. 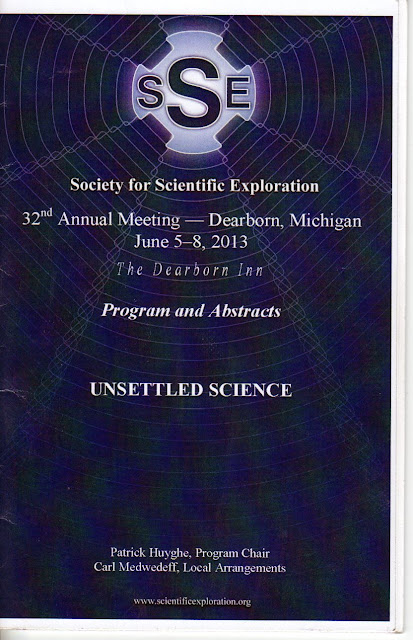 Hello fellow travelers on the path. I'm just back from the meeting noticed above, and though all these things {especially the travel and the change of physical environment [i.e. allergies]} are a bit of a strain, this was a particularly nice meeting for me. 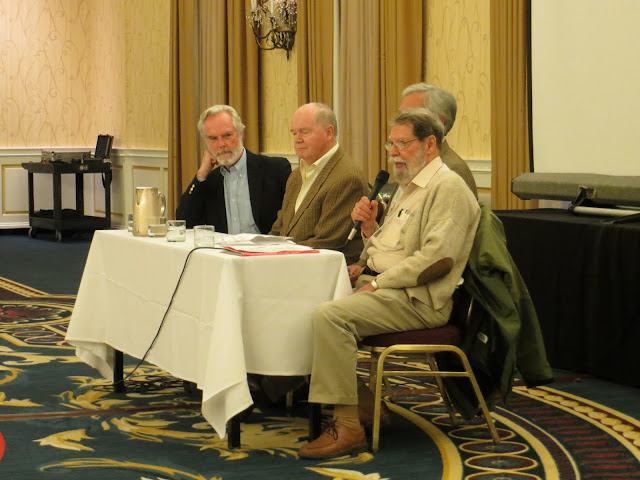 Some of my favorite people in all the anomalies world were there and I got a chance for some quality time with almost all of them. In the picture above, my friend Henry Bauer [of Loch Ness research fame] holds the mike during a session comparing and contrasting the different anomaly subjects. Hidden behind him is Patrick Huyghe, the publisher of UFOs and Government. Next to Patrick is famous sociologist Ron Westrum, and last but not least is Roger Nelson of the Global Consciousness Project. 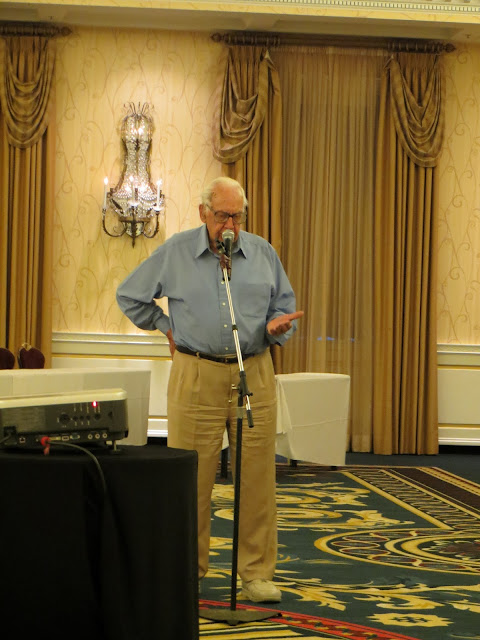 Here's the Grand Old Man of the SSE, plasma physicist Peter Sturrock. A very old friend --- I guess in both senses of that word "old". Peter is still EXTREMELY sharp, and I hope we have him with us for a while more. 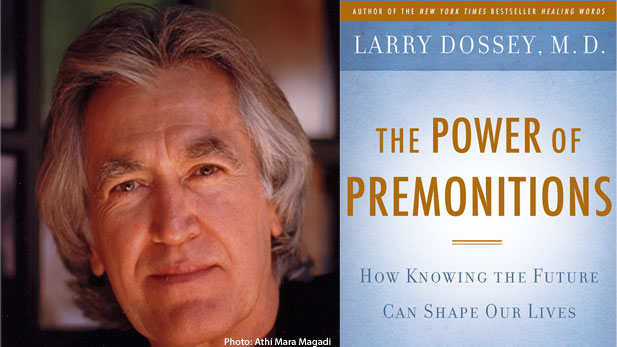 I neglected to take an in-house photo of my buddy Larry Dossey, so this picture of him and his recent stunner of a book will have to do. Larry and I got in one good one-on-one session before I had to shoot off to the Amtrak station early. I'll tell you about that later. 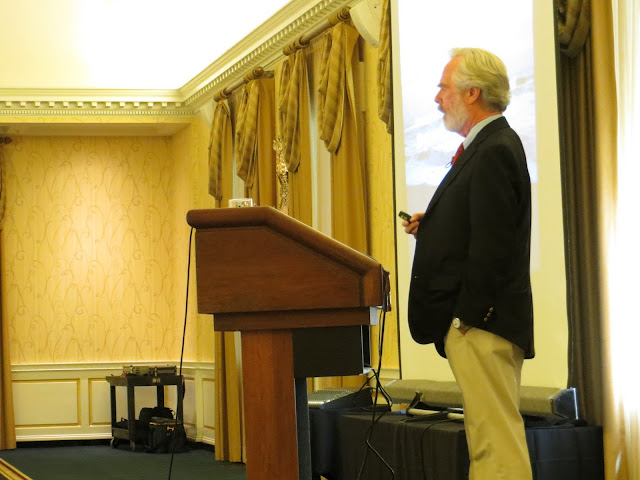 Here's Roger, wowing the audience, as usual, about the recent results from the GCP --- the array of random number generator "EGGS" [as they are affectionately nicknamed} spread across the world. And yes, the EGGs are still "misbehaving" when some of the emotional{?} situations on our old planet occur. 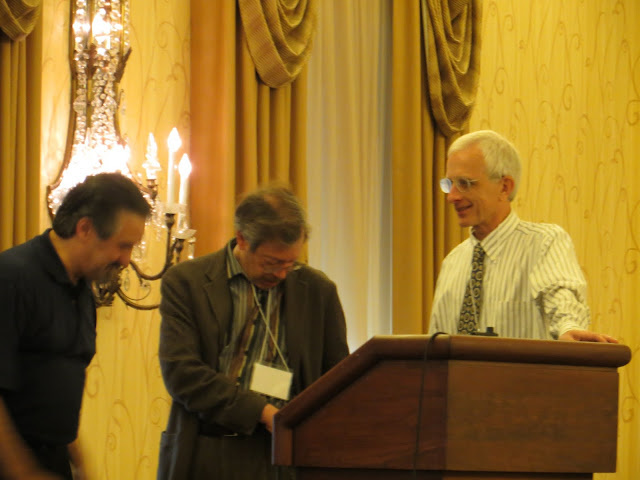 Here's Eddie Bullard waging a pre-talk battle with the communications equipment {he lost} much to the amusement of Mark Rodeghier, who was giving the second UFO talk behind Eddie's.

I'm going to attempt to give you some of the content and flavor of these guys' talks, and of my private get-togethers with them in time. BUT, I'm going to delay on that a bit [yeh, I'm disappointed in that too] because I've ordered DVDs of their talks, and I'd like to factcheck a lot of what I was just absorbing casually.

In lieu of plowing right into these "Works of the Masters" then, I'm going to "present to you my own presentation" since I think that I might just be able to accurately remember that.

So, tomorrow [I'm sorry folks but I'm still pretty tired --- I sometimes feel older than Peter looks] I will begin to put " MILITARY and INTELLIGENCE-SPONSORED UFO RESEARCH: Was Science on the Agenda?" on the blog. It's "long" and so will take a few entries. Maybe by the end of that, I'll have the DVDs of Roger and Larry's talks particularly and be able to shut my own mouth and tell you what some really smart people are thinking. 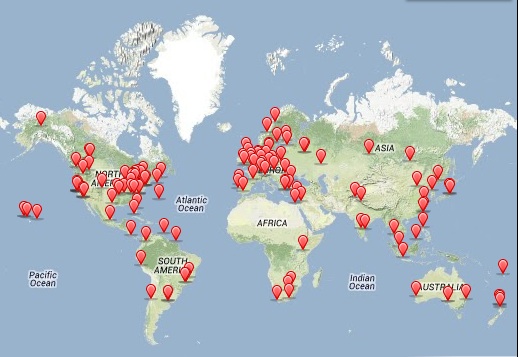 So, with a map of the locations of Roger's EGGs to inspire us, I'll say "till next time" and may the "Force" that those EGGs sense be with you.