Welsh Poltergeist: something to get my mind off "current affairs". 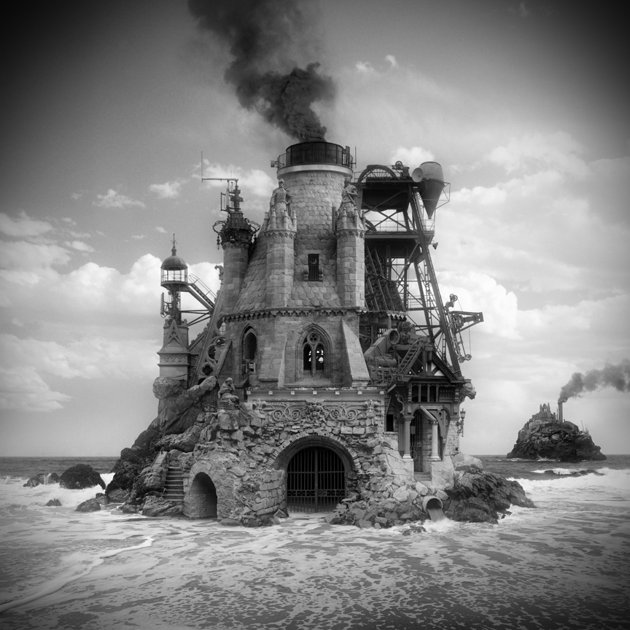 Hello, folks. Much unusual stress in life currently --- situation hopeful, yes, but stress nevertheless. An old friend who, with myself, was a founder of our [failed] ecovillage project, wants to buy an urban structure, a largish three-story "home" {no, it's not the Twilight Zone Castle pictured}, and create a "Green" urban retrofit containing aspects to be proud of. It would be our final gift to this old wonderful world and a fitting end. The stress comes with anything this big to contemplate. Moneywise I'm on my own here, as my buddy doesn't have this sort of wherewithall. So, regardless of situation, imagine contemplating writing a check for significantly greater than $100,000, and that's just the beginning of the retrofit. Plus the property doesn't quite fit the "feel" or the vision yet at all.

To try to fool me into relaxation, let's do a post. This is simple enough that maybe I'll actually be able to concentrate my way through it. It's a pretty good story. It's a Poltergeist trilogy in Wales --- with plenty of twist and wonder. 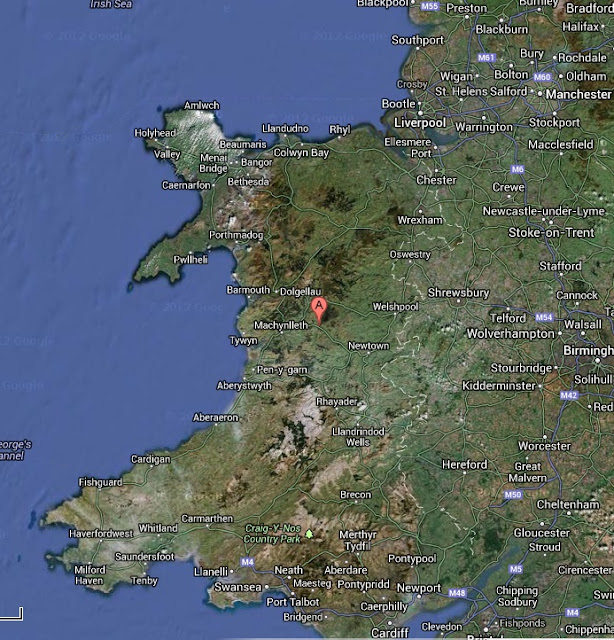 We're right in the middle of the Welsh mountains at the village of Llanbryn-Mair. This involves one of two semi-connected houses owned by a family named Peate. It takes place in the latter half of the 1800s, and was reported by the grandson, Iorwerth Peate, in 1975 { Peate, Iorwerth: "A Strange Tale", FOLKLORE, Volume 86, Summer 1975, pp. 136-8}. 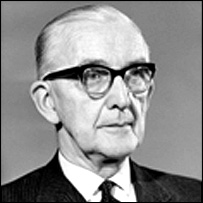 Iorwerth Peate, as it turns out, was quite a famous scholar in Welsh folklore. He was born the grandson and son of two Llanbryn-Mair carpenters, but broke the family tradition to go to "the big city" and to college. He ended up with positions at a Welsh National Museum, as a curator and field worker [on everyday Welsh life traditions of the 19th century --- things which were, of course, fading away], and was an academic writer and a poet to boot. Peate became famous enough as a grand old man of Welsh folklore and custom that his birth home [one of the two homes that will be mentioned in regards to the poltergeist occurrences] has a national historical marker dedicated to him. 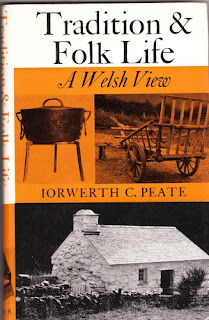 One can't help but wonder just a little if growing up in a traditional Welsh home with a rather spectacular poltergeist case might not have affected his life passion a bit. Here is the "case":

Iorwerth's grandfather David was a carpenter. The carpentry shop was in the bottom floor of a two-story home, which had family quarters [the equivalent of a two-person home] above the shop. This was the site of the paranormal events. [mainly]. We will call it the "North House" as it was one of two structures described as "semi-attached" to one another. The "South House" was the main residence of the Peate family. In the period prior to 1896, the North House was used as the sleeping quarters and general living space by Iorwerth's father-to-be and his uncle-to-be while the brothers were younger unmarried men.

So: general family in the South House, and the two grown sons in the upper floor of the North House, with the carpentry shop, where they all worked in the North House first floor. 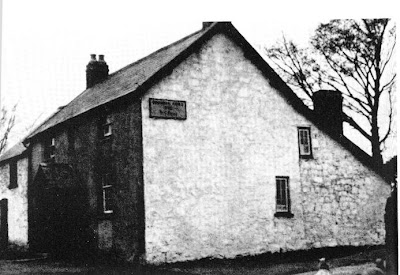 I couldn't find a picture of Peate's home, but this is an old Welsh two-story from the proper time period, so it gives us something to look at.

The first piece of the poltergeist/ghost trilogy occurred in the 1880s [told to Iorwerth by his father and uncle who experienced it]. It's simple. One evening night fell about 9pm, and the brothers [and everyone else] were asleep shortly thereafter. In the North House, the brothers were awakened at about 3am [no one in the South House woke up]. The cause was a very loud clattering of sawing and hammering coming from the shop below. The brothers were a bit annoyed that their father could have decided to get up in the dark of night to go to the shop and bang around at something, but ultimately the noises stopped and they went back to sleep.

They rose at 7am on the morrow and walked downstairs to the shop. There they saw no recent carpentry, but rather their father talking to a local farmer. The farmer was ordering a coffin. His wife had died the previous night, at about 3am. Hmmmmm.......... 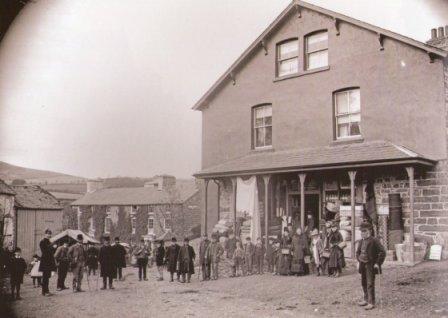 OK. Time for episode two. The above picture is from the town of Llanbryn-Mair from the correct time period, again just to give us something to look at.

In 1896, the grandfather, David, passed on, and the whole family [including Iorwerth's parents, now married] had moved into the South House, leaving the North House still with the carpentry shop but otherwise vacant. The Peate family decided to rent it.

In 1897 [I believe] a woman recently widowed, named Mrs. James, came to inquire about renting. Mrs. Peate [Iorweth's mother] was home to meet with her, and instantly liked her and was going to wholeheartedly approve the lease. But then something very strange occurred. As Mrs. James was preparing to leave, she inquired if she would get the place, but Mrs. Peate found herself saying ---  against her own feelings and in conscious surprise at herself as she did it, that EMPHATICALLY NO, Mrs. James was NOT to get the lease. Mrs. James was doubtless stunned, but probably not as much as Iorwerth's mother.

Shortly thereafter, two other widows came and inquired about renting, and nothing odd went on and they settled in happily to the North House. This happiness persisted until one morning one of the ladies came to the South House with a furious complaint. How dare Mr. Peate [now Iorweth's Dad was the carpenter] come over in the middle of the night and bang around, hammering and sawing at 3am in the morning, waking everyone up?!!. The father of course assured her that he'd done no such thing. While this discussion was going on, there came a knock on the South House door. It was a Llanbryn-Mair resident coming to request the making of a coffin for a relative, just deceased the previous night. 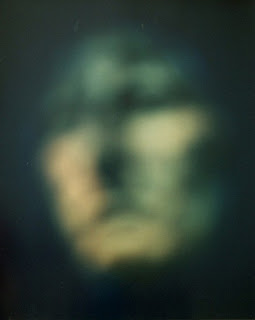 So the two renter ladies decided to stay on, and for quite a while no further anomalies occurred.

But one day the older of the two ladies came to the South House, rather sheepishly, to ask Iorwerth's mother for advice on a weird topic. She said that while settling into her bed the previous evening, there appeared in her bedroom an apparition of a man, [named John], whom she knew to be long dead, as he had been her lover. This was well prior to her actual marriage to another man. {This apparition was, as is usual, of the "solid absolutely real-looking kind" and not like the ghostly thing that I've placed above to introduce this part of the tale}.

The apparition spoke to her, saying that he was very sorry that he had jilted her at the last moment in their courtship, that it was all his fault, and that he wished that she would forgive him and shake his hand, which he extended. This absolutely terrified her, and she dove beneath the covers until "he" left.

But what should she do if he comes again? Iorweth's mother asked if she was ready to forgive him. The lady said yes, she'd done so in her own mind many years ago. Then say so to him, and take his hand, said the mother. The apparition came again that evening. The old lady spoke her forgiveness and took his hand [very unusual aspect of this], and this never happened again.

But there was one last thing about that moment of departure: John told her that he had tried to do good things for her, since he had died. He said that he'd helped her [and her friend] acquire the lease for this very house, in fact. The old lady was puzzled by this and told Iorwerth's mother of that remark. What was John's name, she asked? "John James", the deceased husband of the widow James --- the woman that the mother had liked, but found herself refusing her the North House against all her feelings at the time. That hugely abnormal refusal preserved the opportunity for the lady to whom John was asking forgiveness to lease the house instead. 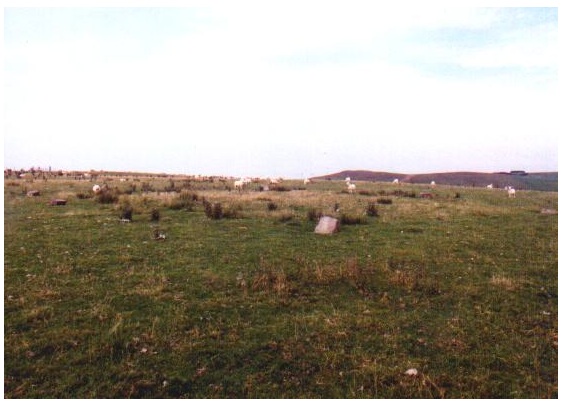 I have nothing productive further to say. This series of ghostly events took place deep in traditional Wales folklore country. There are remnants of all of the megalithic and druidic and Faerie folklore about the landscape. Not far away is the mountain of Newydd Fynddogg with ancient remains, such as the Lled-Croen-yr-Ych stone circle [and two others] pictured above {some of those "stones" are sheep}. The beliefs doubtless ran still strong in the village of Llanbryn-Mair. Or, as Darth Vader would say: "The Force is strong in this one".

The Haunted Trilogy that we've described had typical poltergeist "rapping" commotions, but also a dramatic "solid" apparition, who claimed a physical impact [the voice saying "no" to the request] somehow upon a real physical human. This makes this constellation of effects pretty unique --- although it seems to be two entirely different paranormal agencies, one OLDE, one recent, coincidental in the same place. 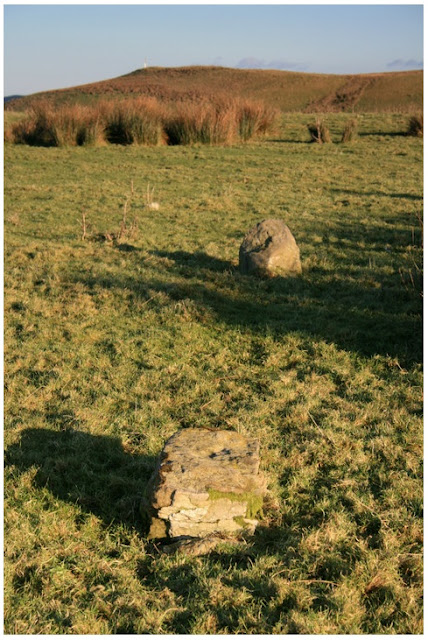 Hope that it amused you.... more guidestones along the path.