Close Encounters of the First Kind: Do we really care? Part Two. 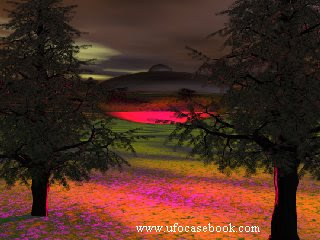 Let's see how far I can get on this topic today. When you're dealing with an old man sometimes the energy just quits --- but high hopes. Yesterday we looked at some of the 1940s and 1950s cases which happened to be in my files [I say that to remind us that there are MANY other cases and many other drawings], where the witness blessed us with an actual first hand illustration of the object involved. Today we can gaze at another set of these things; this time from the late 1950s to the mid-1960s. And so we go.... 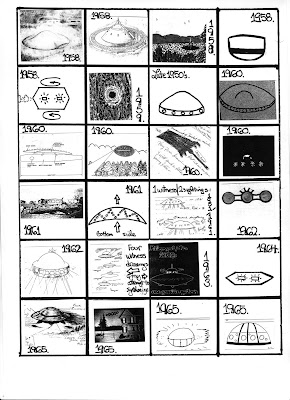 Our first and unsurprising "conclusion" is that they continue to defy any detailed pattern, just as their earlier sister set of cases also did so deny [how's that for 19th century British sentence structure? --- sorry, my PhD is in 19th century History of Science and Technology]. If anything these characters may even be a little bit more diverse. Even the two "diamond hexagonal" objects differed mightily in size, although they were both on the small side when it comes to UFOs. It was nice that the one lady felt that she saw the same shaped craft ten years and several hundred miles apart, but even that might give one some cause for out-of-control speculation [feel free; it doesn't hurt that much if you're honest about it]. 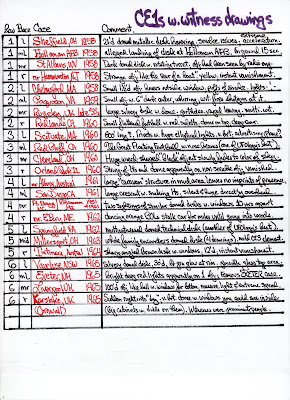 As to the specific sightings: There are some of UFOlogy's strongest CE1s in this set. I've found over the years, even in very informal polls at UFO get-togethers, that folks differ greatly in their "favorite case lists", but a couple of these above make them more than not [ Red Bluff and Exeter]. [I've read recently an attempt to debunk Exeter, but if you read the extensive interviews by John Fuller and others on this case, you see rather quickly that the persons pushing the debunk aren't interested in addressing the whole case's details]. And Red Bluff is a UFO Titan no matter how you want to cut it. In that case the Air Force and Donald Menzel actually used atmospheric diffraction of stars WHICH WERE NOT EVEN IN THE SKY YET to come up with what was a totally ridiculous concept anyway. THAT was one of the biggest, most over-the-top, explanatory stupidities or dishonesties [take your pick] in the history of the field. 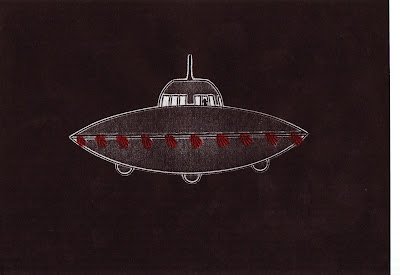 A case that I particularly like [probably for irrational reasons] is the Millersport, OH incident of 1963. [my "synthesis" of the four witnesses' drawings is above]. In this case a family watched a UFO essentially "parked in the air" for some time until it took off. The drawings were done separately and "are the same, and different at the same time". They have plenty of similarity to convince one of the unity of the experience, and enough difference to convince one that the witnesses were not even subconsciously pushed to say one exact story. So, for me, even though this was one family, the reports have an element of credible independence. This case may also be a good old-fashioned CE3 as well, as the mother felt that she quite clearly saw a humanoid -shaped figure silhouetted in one of the windows. So, what can I tell you? I like it, and probably would put the case in my top 200 or so encounters to use to defend the phenomenon. And just to complete that thought: it is my experience with just my own files that there are probably at least 400 or 500 cases good enough to roll out there in front of reasonable people to defend the basic anomalous nature of the phenomenon. 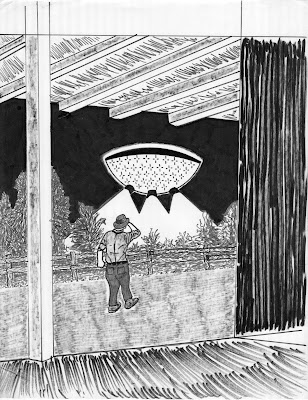 There are other cases in the list of similar confidence... but I've placed alongside to the left a drawing of one just too late to have made that panel: Mackay, Queensland 1965 [actually it may well have made it if I was being obsessive about month-&-day order but life's too short for such nonsense in filing.]
Mackay has multiple independent witnesses, a very good viewing allowing much detail, and a possible related trace [which would convert it into a CE2t]. For the ET-technology debate, the witnesses stated that this was "a well-defined machine, solid and metallic". The witnesses had no background with which to judge size, and said it could have been anywhere from 30' to less than 10'. The internal diameter of a ring trace found the next day a little ways away was c.20', so the guessed range may have been good. Three brilliant floodlights surveyed the ground, and the thing was in sight for 30 minutes. It then rapidly accelerated away. Well, I say that's a rocking good UFO! And it's one of the many that Jim McDonald researched while he visited Australia in 1967. I'm happy to share anything with Jim McDonald, but particularly a mutual interest in the Mackay case.
Other things are sequestered on this list. Sheffield, OH 1958 was probably the incident which caused the Air Force more difficulty in Congress than any other. It was a pretty good unknown, but the difficulties were caused by the USAF making a complete hash out of its non-investigation and making statements which offended a no-nonsense woman. With Mrs. Fitzgerald's cooperation, a Ohio UFO group [not NICAP but of NICAP attitude and competency] pursued congressional aid in redressing USAF incompetency and nearly got an investigation by congress when Don Keyhoe couldn't. The ultimate case report small monograph [ called the "Fitzgerald Report"] was delivered to many congressmen, and is a UFO historical classic.
Elsewise here, are things like the great Lt.Colonel Gasslein case from Springfield,PA with all its witnesses and its long-observation, and apparent clear high technology nature. Another thing which is irrelevant to everybody but my brother and myself is the St. Albans, WV case of 1958, which is our own personal CE1. I used to view this as "just as nice domed disk", but as I thought about our observation the thing had to be closer than I thought.
I should have drawn a little "map" but this should be simple enough to follow without that. Tom and I watched the disk going by E-to-W almost exactly, looking out of a north-facing window in our home. When it looked like I was going to lose the sighting shortly, I "sacrificed" a little of the window view and turned and bolted for the west-facing door in another room. Trees unfortunately blocked the whole scene so I had to continue running until I cleared them [ah, those were the days .... actual running]. Once cleared the thing still wasn't in sight so I shifted on a precise right angle turn to the north [not by plan; that was how you had to go given all the obstacles] and jumped down a steep embankment [could I ever do that? Yes you could old man; you were once a basketball player remember? Basketball? What's that?]. Once down that embankment it was just a few more strides to get a look to the west and there the thing was, almost due west at the time. So you can see that I took a "Z" shaped run with right angles, and the object was at least close to dead west on that final angle. I'm not saying that the disk was only 30 yards away when it passed by the window; that seems way too close, but who knows? But even given some slop in the actual angle-guessing of my last position, that object was very probably far closer than a football field. So, I'm giving myself credit for a CE1. If you don't... that's OK too. It's also a good case because someone up-river was reporting it to a local radio station at the time. I have no idea how many other folks may have seen it, or whether Tom and I got the best look. 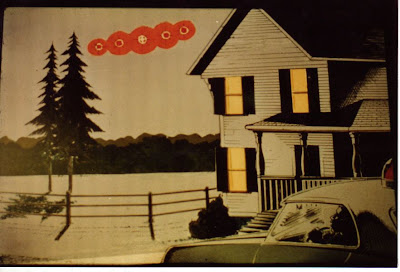 The picture above is the artwork from the old J.Allen Hynek slideshow, illustrating the concept of a close encounter of the first kind using the Exeter case. It is a pretty faithful rendition from witness testimony vs some of the other representations that you see [example, see the picture at the very top of this post; also supposed to represent Exeter]. It points out another danger in these drawings: never put anything out there without the approval of the witness. It as an old prof friend of mine would say "subtracts from the sum total of knowledge in the Universe". 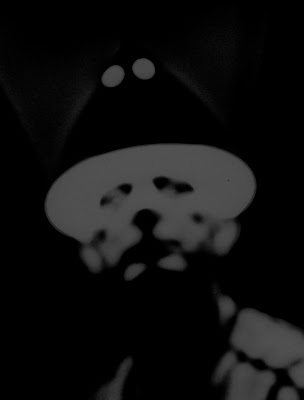 My lightbulb is growing dimmer than usual at the moment, so I'm going to stop here, and complete this topic next time with the Total BS part: what might it mean? Till then, if you have the stamina. 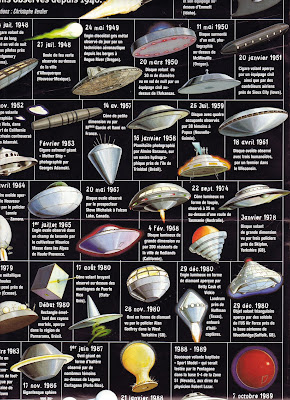 Posted by The Professor at 6:54 AM