The Mist at Death 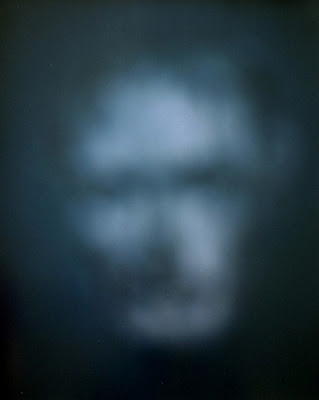 Going through the SITU "junk boxes" and trying to discard contentless paper as well as redundant duplication ... it's an often-dull occupation but every so often you are rewarded with something interesting. The SITU files has/had a ton of FATE magazines. Often these were in duplications of four to a number. Well, as interesting as FATE can be, we cannot afford the shelf space for anything like that, and so they must go. I have a nearly complete run myself, so no help there. Several of my friends have their own or prefer to come over here and use mine [or now, Ivan's] and not lumber their own shelves. So, for some of these duplicates, I decided to "extract" the interesting articles and notes. place them into topical files, and recycle the remnants. None of these were REALLY old "classics", by the way. This makes content MUCH easier to access when one decides to make a review of a subject in the anomalies, and I've done the same thing with a duplicate run of PURSUIT. {and CUFOS' IUR}. I'll never do such a horrid act to anything rare but that does make research harder NOT doing so.

The relevance to a blog post is that in a very small number of FATEs that I was dismembering, there arose three notes from readers about "mists" rising from the bodies of relatives or patients at the moment of death. One hears, vaguely, of such things, but these were the first "personal report" sorts of incidents that I'd read. As my Mother is just going into hospice now, and maybe is facing her final soul-moments here in the physical universe, this coincidence stuck a little more tightly. [I am, by the way, perfectly at Peace with the possibility of an imminent passing, even of this person residing so near the center of my existence. Mother has lived a grand 96+ years, filled with outpourings of Love, and I am certain that God is proud of her. I'll feel her passing at the animal-level, but my own soul will ultimately be joyful for her new status in the next stage of her existence, surrounded by those who meant so much to her].

And so.... what did those readers say? 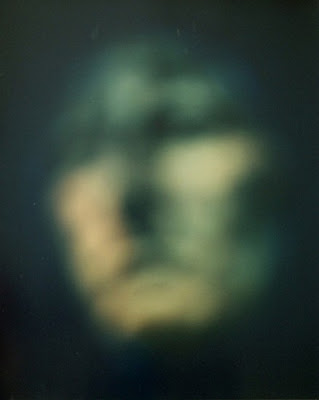 One person said this: [a woman was in hospital in a double room with an elderly patient in the other bed. She told this to her daughter] "Late one night shortly after twelve o'clock, my mother lay awake. Suddenly, she told me, she felt her attention drawn to Mrs. Melberger's bed. As she watched, she saw a white mist rise from her head. It hovered for a few seconds, then slowly began spiraling and floated away from the woman and out through the closed door of the room." This made the other woman nervous, but after a while she could fall back asleep. When she awoke the next morning, the other bed was unoccupied. Her nurse told her that the older lady had died a little after midnight that evening.

Robert Crookall of OOBE fame, wrote to FATE to mention that in a book by Reverend Maurice Elliott and his wife Irene, that they were present at a deathbed and witnessed some sort of angel-like "visitants" come saying that they were there to take the patient home. Shortly a "white hazy mist" began to form above the body and to take on the form of the near-deceased. The witnesses said that some sort of "cord" seemed to attach this mist to the physical body and the angel-visitants assisted in detaching it, whereupon the mistbody [soul as interpreted by those present] left the premises with a company of spirits.

The third anecdote was from a soldier in the Pacific Theatre [GUAM] of WWII. While treating a wounded soldier, a sniper killed the man who was accompanying the fellow who wrote to FATE. He in turn killed the sniper, made the other man that they had been treating comfortable, and knelt down next to his companion, now just barely with a beating pulse. The pulse flickered and stopped; his companion dying in his arms.

"As his heart stopped beating, I noticed what appeared to be a fine mist emanate upward from his face into the bright sky, and in this mist I saw a rainbow with all the colors of the spectrum. After a few seconds, it was gone." 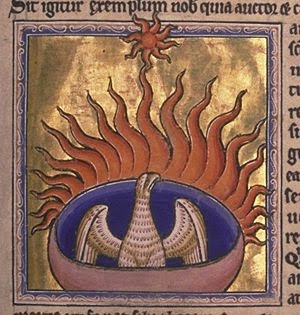 Of course none of these stories would surprise meditative persons of a previous more-spiritually-oriented age, just our own which operates in puzzling denial of even the possibility of such a happening. Whether in a society emphasizing an afterlife or a reincarnation, our past is filled with imagery of soul-representing birds flying into the heavens or, like the Phoenix, burning and rising again anew.

Raymond Moody, he of the Stages of Near-Death-Experience fame, has apparently published a book, Glimpses of Eternity, which contains many further instances of the "Soul Mist" at the moment of death. Louisa May Alcott is apparently one famous person who witnessed such a thing, and, although I do not own the book and have not read it, there seems to be a whole list of more incidents. 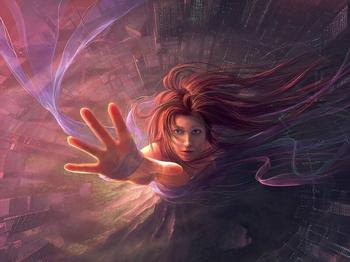 So, are these experiences veridical objectively? Are they "evidences" for the lucky few that some subtle essential "me" discards the failing body in the end, and giving slight last manifestation of that separation here in SpaceTime, sails its way on to God?

I, as a Catholic, believe that something like that happens, and will, probably shortly, happen with Mom. But whether the event is accompanied by a subtle "mist", rarely glimpsed by a fortunate few, the scientist in me cannot say.

Blessings to you all as we grow close to Christmas. Don't feel sorry for me, if Mom passes. That will be one of her days of Glory, mist or not.

Labels: Mist Rising at Death; The Soul at Death;