A Very Short Flight Out Proctor With Ivan 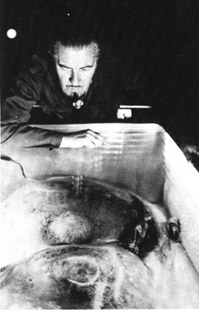 A brief thing, just because....

Ivan was a friend of Vincent Gaddis [and I think that Gaddis somewhat inspired him about the underwater stuff and the Bermuda triangle and on to the "Vile Vortices."] Gaddis wrote for Argosy in 1964 on the Bermuda Triangle, and Ivan followed up in the same magazine in 1968. Gaddis sent him a report by a military person on vacation going to Bermuda, and encountering a freak, rather unexplainable, turbulence with radio knock-out, which fed into Ivan's growing idea of "Vile Vortices" around the globe. 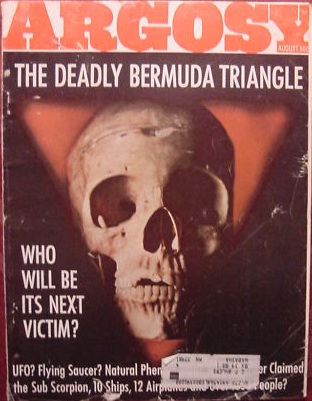 But it was Ivan's own Argosy piece which brought him two letters which set his mind spinning.

One of these was from a B-26 pilot/navigator flying in Korea in 1955. This material found its way into Ivan's book Invisible Residents  [which in itself imitates Gaddis' Invisible Horizons.] The fellow was navigating at the time and on their way north-to-south through the middle of the Korean peninsula, he found that they had a ground speed of 550 knots. Knowing what his engines were doing at the time, this meant that, if this was correct, they were getting a wind assist of 265 knots. At jet stream altitudes this was barely possible, but they were only at 7000 feet. Plus there was no evidence of any such high wind at all.

The military guy and the pilot just laughed it off, as just some strange thing, and flew the rest of their route. But the anomaly grated on the navigator, and the more that he thought about it, the harder it was to let it go. Many years later [thankfully he had good notes], he read Ivan's article and wrote him. 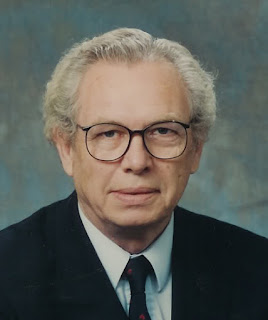 Ivan wasn't comfortable with interpreting the letter but felt that it was interesting and maybe important. Fortunately PURSUIT had on the editorial staff a very good anomalies researcher, ufo-expert, and an experienced professional pilot, Robert Durant.

Ivan asked Bob to work on these ideas with him, and he ended up asking several key questions of the witness, who was happy to correspond.

In that correspondence, Bob determined that the witness was very sharp about navigation, and his facts convincing as to their accuracy. BUT, if these facts were as stated, and it would take someone of Bob's intelligence and openness to see this, this anomalous speed phenomenon could not have been a simple meteorological freak wind storm.

Durant determined that the data held by the witness was incompatible with the idea that the jet stream somehow came all the way down to 7000 feet and just blew the plane along. Not only does the jet stream never do this [low-level 265 knot winds], but even if it had the experience of the navigator and crew should have been different. Everything instrumentally and sensationally indicated that the B-26 was operating normally, and there was no indication of "entering" a forceful wind area which sped up their pace by double. 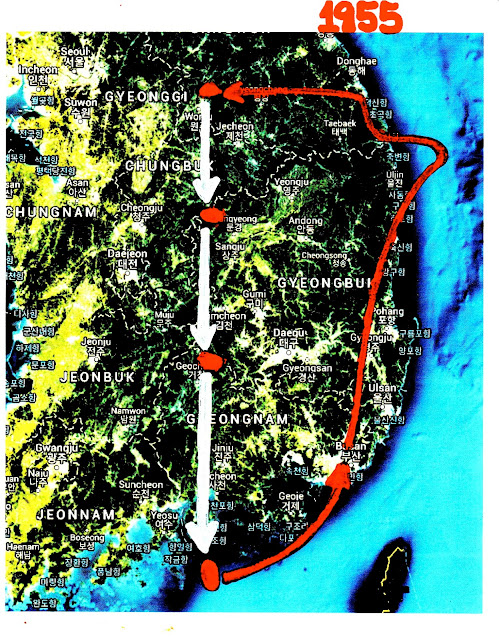 The only theory which fit the data in Bob's mind was that the aircraft made its turn towards the north-to-south flight path and all measurements showed that everything was normal. [the B-26 was at 230 knots and its true groundspeed was 250 knots.] Bob postulates that it entered an anomalously fast area of air sometime after the turn and rode with that excess speed most of the way down the peninsula. He says that there would be great turbulence at that point, but my reading does not see the navigator saying that there was any odd turbulence at all --- I believe that Bob just assumed it because not assuming it was just too weird.

Even then, the event remains stranger yet. The speed readings for the B-26 were stable at 230 knots during this "fast"[550 knots] time. The ride seemed smooth. This shouldn't have been possible with a violent extremely high speed wind carrying them. Such chaotic systems are not homogeneous and cause all manner of turbulence. It was, as Bob concluded, as if the plane had entered a bubble of atmosphere moving at greater speed than all the surrounding atmosphere, but being relatively smooth and calm within itself. "I know how absurd this sounds, but it is the best 'explanation' --- the only explanation which fits the reported facts." 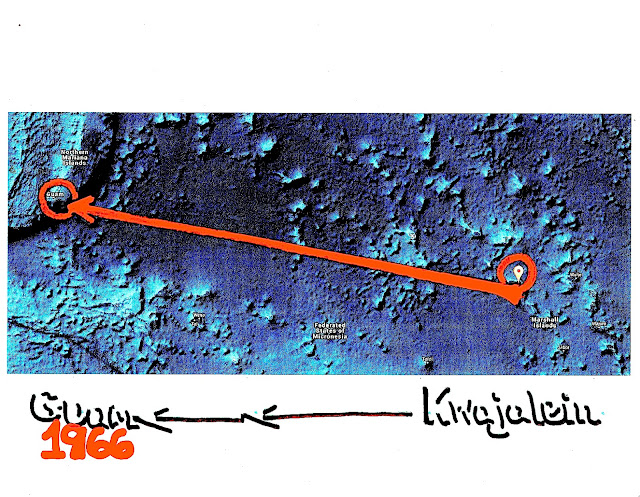 From the same article came a response from a different witness to the unusual. This fellow was flying in a C-97 transport from Kwajalein to Guam, a trip taken often. After two hours of flight, navigational checks indicated normal flight direction and speed. But at the third hour, the navigational measurements indicated that they had been traveling at 110 knots faster than expected [despite clear, normal conditions. The correspondent said that he nearly fell off his chair at the calculation. He checked and rechecked, but no error. At the end of that hour, the plane's speed was dropping well back towards normalcy, but it had traveled 340 nautical miles in that time "for no apparent reason."

Durant also corresponded for Ivan about this. They determined that instead of the expected nne-to-ssw wind of 10-40 mph, the actual air-assist measured was a nearly flat east-to-west "wind" of 70-110 mph. Making some reasonable assumptions about when the "third hour wind" began and ended, an estimate of 190 knots was not unreasonable as a guess for this anomaly. Bob said: where's the turbulence? Where's the drift? "Something very weird is going on here." 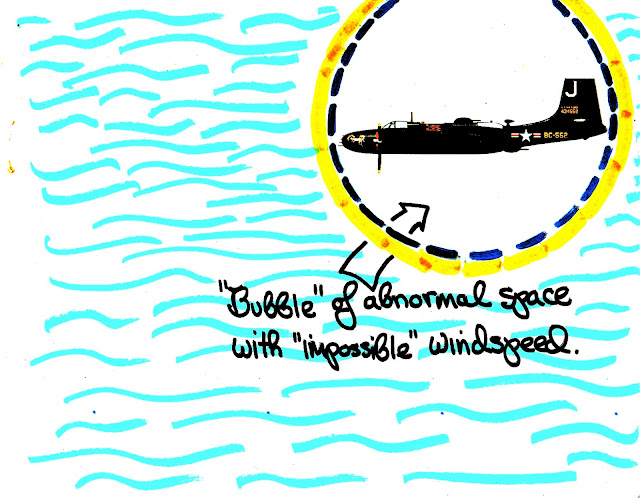 Bob's model for what was happening in these cases was that the aircraft had gotten enclosed within some bubble which being internally smooth did not indicate to the travelers that they were in anything at all. YET, the portion of the atmosphere that they WERE in was moving at a super rate compared to the normal outside. The bubble insulated the planes from any sense of this abnormal, should-be-violent motion. But how could such a thing be possible? Bob apparently had begun to believe that this "space" that surrounded the aircraft was abnormal in some fashion, perhaps even not truly part of normal reality at all. 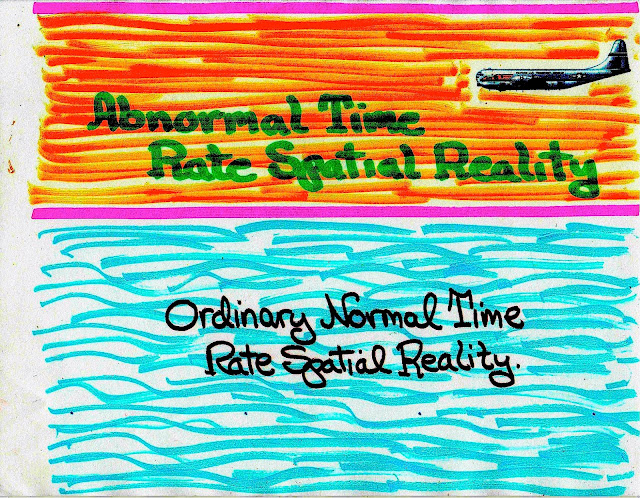 Ivan, not content to merely go Out Proctor with Bob, decided to go "All-The-Way-Fool" and do him one better. Not part of normal space? Yes! BUT, this area of space which the planes had flown into were realities wherein the rate of time flow was different. It wasn't bubbles of air which were going fast, it was Time which was going slow. 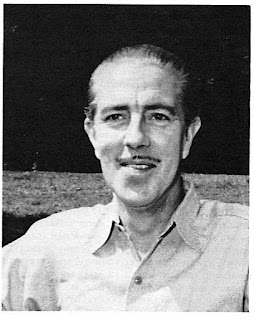 This is what the Vile Vortices were. These were areas more likely to suddenly glitch and encompass planes, boats, people, "stuff" into parallel physical conditions, mostly like our own, and transport such catches anywhere and everywhere ... or nowhere. 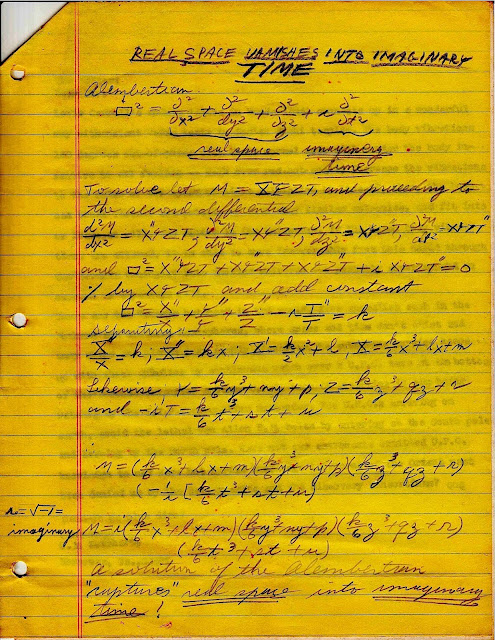 In Ivan's notebook file on the Vile Vortices, he had a couple of letters from a gentleman whose thoughts make little sense to me. One of the pages is above. REAL SPACE VANISHES INTO IMAGINARY TIME.

I can't imagine that Ivan understood a bit of it.

Got a plane to catch.

Posted by The Professor at 4:02 PM