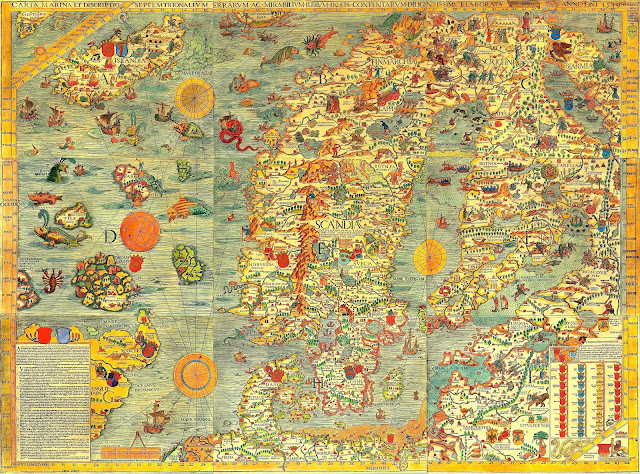 Stumbling around in the Realm of the Cryptids

Why this one now: the only possibly important thing for me to write about at this point (relating to Faery) is the argument that there might exist a parallel reality from which these entities could emerge. That requires some real reading/research, however, and even with spending most of a week on it (Jotts, Glitches, Reality Shifts et al), the task is overwhelming. So: not quite yet. Instead I'm going to post some thoughts about Faery and Cryptids off the top of my head. 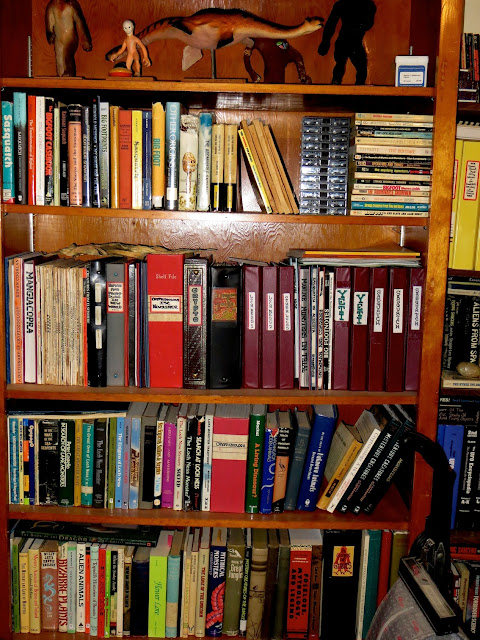 I can't claim status as a cryptozoologist. But I'm not stone ignorant about that field either (above is the shelving unit for my book library on these matters and there are a few file cabinet drawers.) I can't claim to have earned a "professional opinion" on all I'm about to type, but I can promise you that I've given most of the "big" crypto topics an honest try. 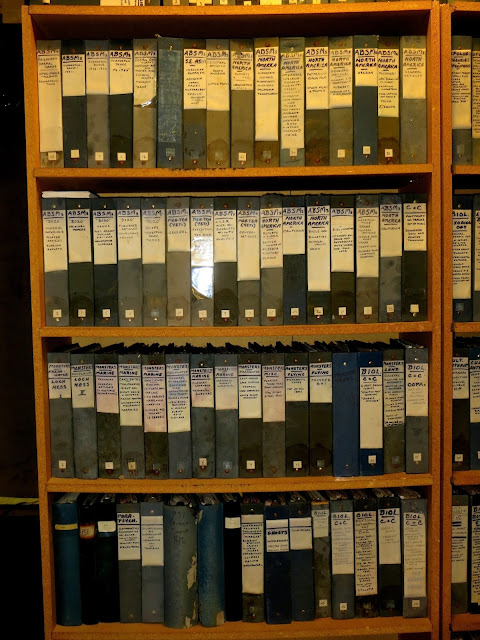 I've had a lot of exceptional help. As many know, I've been privileged to be tasked with the preservation of Ivan Sanderson's famous three-ring notebooks wherein he collected much of his raw materials for his own launching into these things. (above are most of the cryptozoology ones.) Here and there you can, by surprise, turn up other bits and pieces of crypto-joy in the larger SITU files. This, plus having close friends involved (Jerry Clark, George Eberhart, Henry Bauer), .... well, it's been an honor and a lot of fun. I'm only mentioning these things because I want you to know that the following "crazy" remarks about several of the cryptids haven't just sprung forth out of shallow imagination. 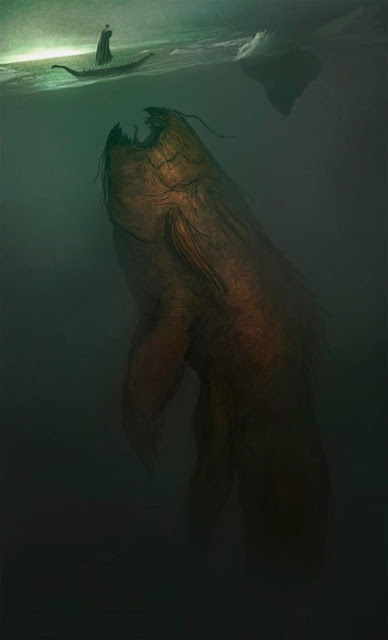 Everyone's favorite cryptid (well almost), Nessie, and all her lake and sea serpent cousins? Bunk? Bio? or Faery? Let me start with the Oceans ...

Sea Serpents: I gave this one a good try on this blog between May and July of 2011. There were 14 posts covering Ivan Sanderson's Sea Serpent files notebooks, which looked at 114 different claims. The claims were mapped crudely at least, and the best cases, in my opinion, were highlighted in the texts. The analyses made at least one thing very close to certain for me: none of the claims of sea serpent carcasses hold up. (There's a skeptical fellow going by the e-name of Markus out there who is a relentless attacker of such claims, and though I lack affection for that mindset, I know enough of the biology to realize that such debunking in this topic is legit.)

Having said that, there are also some terrific witness reports on swim-by observations of very odd sea creatures. 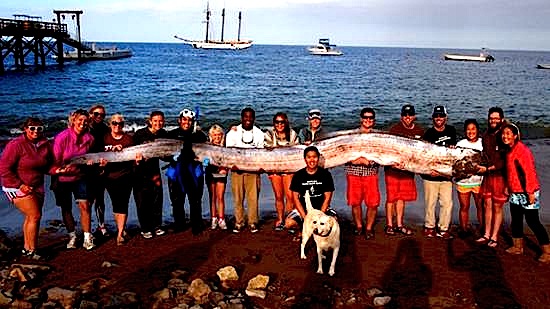 Some reports are  surely the products of hysterical people, and even a fantasy-prone person here and there. Even if one is very liberal with such opinion, very few cases sound like that at all. Some of the cases DO sound like mis-identification of course. If everyone knew about Oarfish etc the data pile would be cleaner. But there are way too many "close encounters" with good witnessing to honestly claim universal debunking statements anywhere. Some serious numbers of the cases are "good anomalies."

So, what are they? Biology or something stranger? I don't think that Biology is the correct answer. Biology should have carcasses. I've heard all the decades worth of anomalists dancing around this, but No. These things are a big deal --- not just in size but interest. We've had centuries of real interest in these things. NO carcasses.

Maybe I could "forgive" that lack if we were still in the 19th century. Not now. In the 20th, the probable only real bio-monster (the Giant Squid) has been found, and found pretty much several times. Maybe a similarly gigantic octopus cousin could still hide out as a region-restricted bottom liver. So, OK if that character finally shows. But we are "radar-ing" the entire oceans now. We NEED to know submarines from underwater serpents, and apparently we are just fine with the knowledge that no such physical serpents freely roam the seas. But some serpents DO seem to occasionally roam. If not "physical", what? 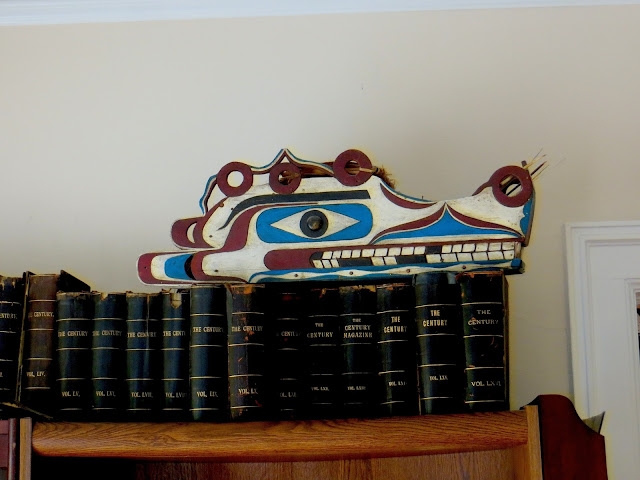 There was one crypto-case which I spent a lot of original research upon: the alleged Pacific North West crypto-orm called by the local cultures "Wasgo", "Sisiutl", "WasX", and other names. This was a particularly rich possibility. The Wasgo not only had recent witness claims, but Native American PNW legends concerning it, many sorts of representative artifacts, and even ancient rock carvings. Something was obviously behind all of that. (The picture by the way is of my own artifact of the Wasgo: a ceremonial mask created by a famous mask-maker which I purchased while on a trip to Alaska --- at Skagway.)

If I was going to find a real crypto-beast and a biological animal, this was a bigtime shot. I put everything together that I could. The beast seemed to be very like a zeuglodont,  a primitive whale with front legs but none at the rear --- an odd fact to be replicated in a myth and esoteric palaeontology identically. The research seemed to push the mystery out towards others, like Ogopogo. I liked the data. No matter how good it was, however, it really didn't distinguish between the paranormal possibility and the biological. I published this in the Journal for Scientific Exploration and am proud of the piece, but I really can't say that I solved the mystery. Here was the best case of a "sea monster" that I could ask for, and I was still juggling two hypotheses --- and no carcass and no high technology supportive evidence. What I DID have were local stories from the Native American cultures which pictured encounter incidents with the Wasgo very much like a fairy incident AND a list of common tribal crests which listed the Wasgo amongst the most popular choices of spirit icon entities. I am as sure as I can be in such a situation that the Wasgo exists, but not at all sure that it can be bio-textbook physical. 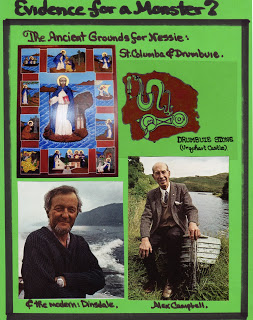 There are enough reports. It surprises me in fact that writers keep repeating over and over the same ones without realizing that others have continued to see things in the Loch, and some of the witnesses are, to me, certainly more impressive  than some of the standard photos. 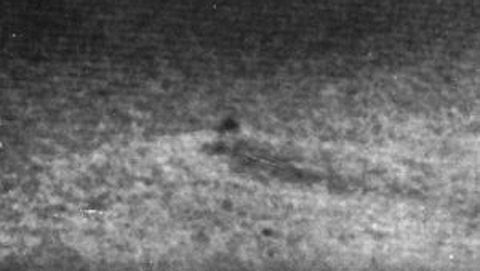 I'll break Loch Ness tradition by saying that I strongly prefer many of the witness reports (ex. the ones from the monks at the old monastery or some of what Alex Campbell reports or the witnesses that Ted Holiday audiotaped --- I had the privilege of listening to Holiday's old tape with several of them in the company of a good friend and Nessie enthusiast, Will Matthews) to other film classics even including Tim Dinsdale's black triangular hump-above-water filmstrip. In heresy, I am almost unmoved by the "film evidence" even including the flawed hi-tech sonar stuff. But the witnesses tell a very different tale. ... and I'm sold on them. 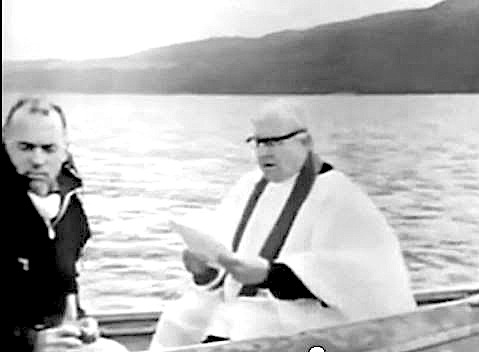 So, again in heresy, I find myself sitting in this boat with Ted Holiday and the priest who is trying to exorcise a local loch. As to exorcism for paranormal Orms, I don't know about that. But the paranormal part seems ringing true here ... even more so than in the oceans or the Vancouver Strait of the Wasgo-Sisiutl.

On the right is a page of one of the rarest books in the world. Sorry for the quality of viewing but we can't have everything from a book of only two known copies. (The book was "discovered" by some great detective work and industry by Theo Paijmanns.)

One of its few chapters describes local (north Scotland) interactions of folks with their lake monster, The Mhorag. Here is an old group of stories about a Nessie cousin. These stories indicate a beast well known to people, but one which is clearly paranormal. Mhorag is a ragingly dynamic "Kelpie." Not a biological specimen.

If we cross the world, we find these things all over --- and all over in impossibly small bodies of water. But we moderns continue the dance of trying to believe that these are textbook physical. Thankfully I am not an honorable member of the crypto-tribe. That allows me to step back a bit and say: Stop the absurd Dance of rationalization. The academics are never going to buy any of this anyway, so give it up. 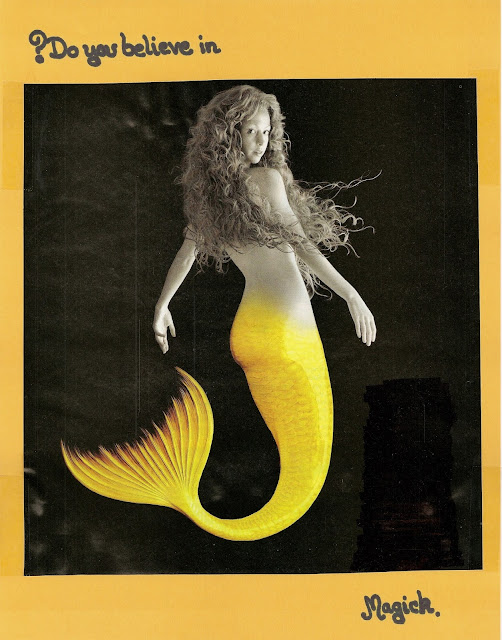 I'm going to be brief with this segment and then skip until the next post (as we're getting long today.) I gave this one an honest try also. 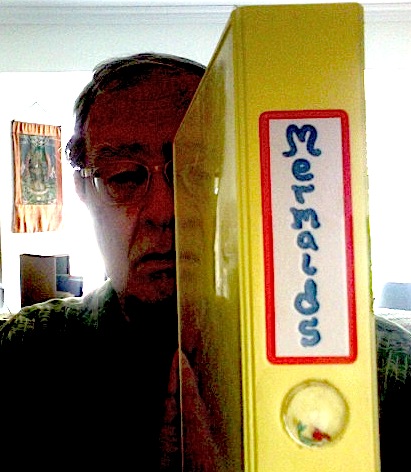 This topic is not rich in data. Although there were 119 claimed incidents that I was able to dig out and log (the blog posts on the four main entries are from 2015, with two earlier ones from 2011 and 2013, and a scatter of comment inter alia), the quality of those reports was nowhere near that of the sea serpent or lake monster narratives. As usual, no legitimate carcass cases --- I am sort of relieved about that given "who" we're talking about here. More sadly, in my opinion VERY poor credibility in the narratives or very poor detail. I've forgotten the 19th century folklore collector who I'm about to quote, but he, operating along the western shores of Britain said: you can get a tale about mermaids almost anywhere, and none of them is like another. I am not sure that I'd go that far, but there are very few close encounters which are also attested to by credible reporters, and whose story has some reasonable second party to report and attest to anything about the case.

I can say to you that if you want to make money, mermaids are probably the way to go --- the relevant posts have created more old consistent traffic here than any other topic. People like mermaids whether they ever existed or not. For me, maybe they exist, but if so are with absolute certainty paranormal --- the impossible evolutionary biology gets you that conclusion without going any further. (This is not the "land half joined to a water half", it's that the joining halves bear no physical sign of any historical relationship to one another.)

So, for the water entities:

A. Giant Squid and maybe Giant Octopi? Yeh sure, put them in the bio-texts.
B. Ocean and Lake Orms? Nope. Over-sized "kelpies" it is.
C. Merpeople? I have no clue. For hypothetical consistency, I'd rather go with anthropomorphic Naiads for candidates for Faery denizens but I have essentially zero encounter claims for those.

What about "Hairy wildmen"? What about Saurians or Too-Big Flyers ... and What All?

I'll try a bit more next time. This is the 50th consecutive post on my exploration of this Faery topic. Although I'm still "in the Woods", I at least can claim to have earned my foggy opinions.

... and a sudden fog came down, and there ahead was a lantern light beckoning. Should we follow? ..........  off in the distance, the sounds of children giggling.
Posted by The Professor at 8:47 AM