CAN YOU LEARN ANYTHING BY JUST COUNTING?? 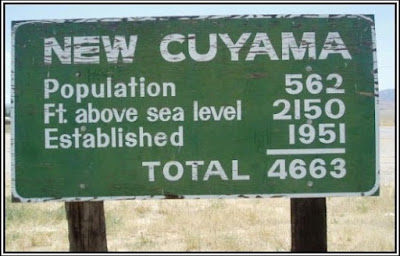 Can you learn anything just by counting? Perhaps not, but the impossible hasn't stopped us yet on this blog so here we go. This posting is about, mainly, triangular-shaped UFO reports ... well the reports aren't triangular-shaped as far as I know. 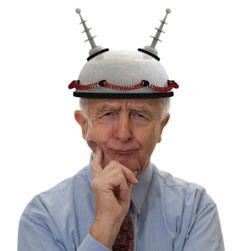 This odyssey has been stimulated by a semi-whacky friend of mine who asked the question: are triangles and rectangles being reported in greater amounts now than they used to be?? [We can assume that my friend looks a lot like the guy to the left, although he doesn't at all. ... still, after what his question put me through in a crude attempt to answer it, it gives me great pleasure to think that the picture is exactly what he looks like].
I gave an opinion that one could get one sort of take on the question just by going to the National UFO Reporting Center [NUFORC] website and counting the cases and the shapes. Yes!, he said. Great idea!! Go for it. Somehow telling him that my suggestion implied that HE "go for it" was doomed to failure, so, dumber than bricks, off to NUFORC I ultimately went to "count".
I must say that if any of you wish to do more of this sort of thing, my moral support goes with you, but count me out. What a tedious business! 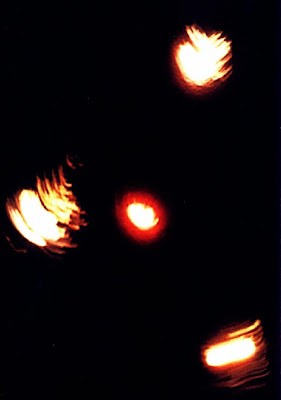 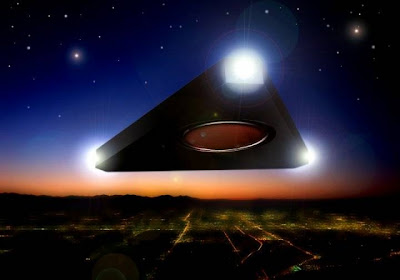 I believe that my friend was stimulated to his curious question by the fact that several high profile cases over the last couple of decades have featured triangular shapes. Belgium, Phoenix, Tinley Park [Chicago] come to mind. One of the first problems that comes up with this is what are the witnesses calling "triangles"? The "object" might be a clearly structured technological device, a dead black silhouette, or just three lights which seem to maintain their relative positions as they move.
Looking into every triangle case on NUFORC to dissect out such subtleties VERY QUICKLY became a ridiculous task for anyone but someone obsessed. I had to admit that I myself was in danger of such psychiatric diagnosis just because I'd even considered the project, but I was determined to avoid institutionalization at the minimum. 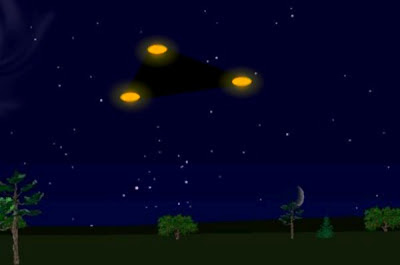 So, here is what I will jokingly call my "research methodology" on this one: A). I went to NUFORC and found that the site listed cumulative numbers of all cases by month. I added all the month numbers in a year and [note the brilliance in this] called the sums "total cases for the year-X".
B). NUFORC also had a listing for all cases of certain shapes [not, alas, by year or month, but just a running calendar]. I counted away each year until I got to the end. These figures I called "triangle UFOs per year"; this is why I get the Big Bucks.
C). I could then divide B by A and get the % of triangles to all cases year-by-year.... yes, even a monkey could do it. I then could make the following graph.
But there was one other thing: as said earlier, there are one person's triangles and there are another person's triangles, and they might not be at all the same "beast". How did I solve that problem, you say? In the simplest of means: I said to hell with it. If the witness said triangle, by gum, triangle it would be. So, ready or not here's the graph: 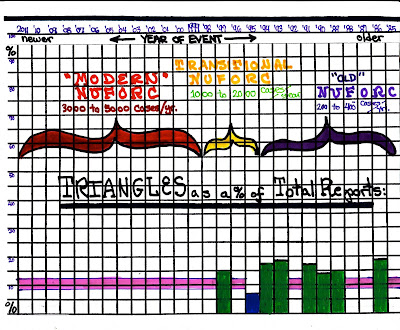 Hopefully you can see that the graph has the %s running up and down, while the years run horizontally. The oldest covered year is 1985 at the far right, going across to 2011 at the far left. But what does it say?? 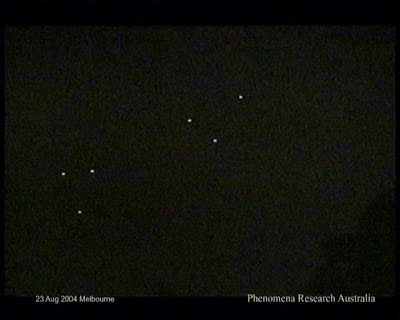 Let's take the pink line first. That line is making the statement that all those years fall into a narrow range of 8.5 to 12.5% of cases triangles to total reports. It is my meagre judgement that all those years are so uniform as to %s that trying to tease them apart would be way too much overanalysis.
And I think that you could make an argument that all the "non-pink" years fall into a similar result too.
The only underachieving year was 1995 at about 6.5% [the blue column]. The overachieving years ranged from 14% to 19%. Note that all of the "abnormal" years are the earlier ones. There are two explanations for this: 1). there really were a slight increase in triangle UFO events back then, and tend to be slightly less now [the exact opposite of what my friend thought --- a fact in which I take some inappropriate pleasure], OR, and I suspect that this has some real merit, 2). the smoothing out of the curve as one goes to the more recent years is mainly the operation of the law of large numbers.
Why? NUFORC went through three phases: an early phase of not a lot of public recognition in which only about 2 to 3 hundred cases per year were received; a transitional stage where 1 to 2 thousand cases per year were received; and a mature stage where the yearly count is 4 to 5 thousand cases. As the total case count gets smaller, the numbers become less uniform, more erratic, though still not exceptionally so. I'm going to split the difference on the hypotheses and say that there has been a slight diminuition of triangle cases by percentage, but surprising regularity across two and a half decades. What this regularity says about the veridical nature of the phenomenon I am not sure --- it's an "objective" fact, since these people didn't know one another, and I might be the only person on the planet fool enough to dig the graph out, SO maybe it somehow supports the truth of UFOs [but we all know that I'm prejudiced that way]. 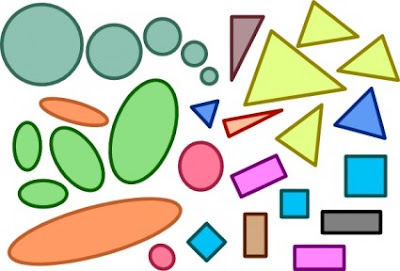 But what about rectangles [the other shape that my friend speculated about]? Groan..... back to counting. 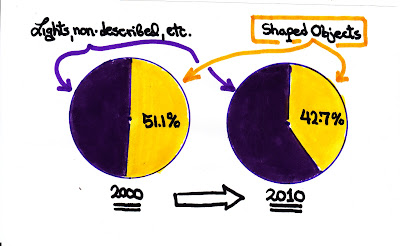 This time I tried something different but harder. I counted every shaped craft category by category. Not wanting to die before the job was done, I picked just two case-heavy years [2010 and 2000] a decade apart. If rectangles [or anything else] was going to make their move, they had a decade to do it.
The most interesting thing to me that I found is incorporated in the graph alongside. As NUFORC has grown in popularity and greater case reports, what I would call the Quality of an average report has diminished. Shaped objects shrunk from just over half to less than 43% of the total. More people are reporting any old thing. The "handiness" of an easy reporting outlet seems attracting every wannabee sighter puzzled by the sky. It's another internet effect --- more noise in the channels.
Throwing that problem aside, what about rectangles and their assorted buddies? In these years, and all across the board, the sightings of shaped objects are dominated by the "Circle/Sphere" category, closely followed by the "Disk/Oval" and "Triangle" categories. These things range from c.15% for the Spheres, to 9 to 12% for the Disks, to 9 to 11% for the Triangles. No other category [rectangles, diamonds, eggs, teardrops, cones, cylinders. cigars, chevrons, or even "miscellani"] reaches 2%. Within those "minor forms", there was a remarkable similarity of low percentages even as to the rankings. Cigars rank miscellaneous rank diamonds and cylinders [freakily equal both years] ranks teardrops and chevrons [again freakily equal] rank cones. The only diversion from this was the again freakily equal eggs and rectangles of the year 2000. They came in after the diamonds and cylinders, but perhaps they got together and said: I'll [the rectangles] go ahead more and you [the eggs] drop out. So, sadly for me, the rectangles DID increase a little over that decade, BUT THEY'RE STILL PIPSQUEAKS!! So there.
The real thing that actually did freak me out a little during these counting sessions was the strange uniformity of the %s of the category counts. Yes, there were scattered differences, not every number was the same, but I at least got the --- it was a bit more than just a "feeling" --- that I was counting something that hung together somehow. And THAT's something that I can neither explain nor defend adequately. 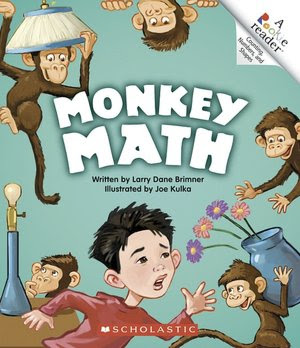 Some people will read these meanderings and immediately come up with lots of other research projects --- how many of those triangles were really huge? What were the other years like as to the total shapes array? How many of these cases actually had enough detail that you could call them a good case?
To that I say: quit flapping your gums and get counting!! Nothings stopping you. ... except you, of course.
Before closing this, I'd like to include a last "counting" fact: When you look back at UFO reports historically, it's obvious that Triangles did not occupy as large a % of the cases as they do now. But from current day back to 1985 on the graph there is no sign of that. So WHEN did the rise start? As usual, I don't want to make too big a claim here, but I did read the Timmerman files. John Timmerman collected 1179 case reports from people who just walked up to him at the various shopping malls at which he was showing the CUFOS UFO exhibit. About 2 and a half % of those were triangles. John's cases more or less begin where my graph left off and go back into time. This has the feel to it that the jump in triangle cases was a 1980+ onward phenomenon. Something pushed those %s from 2 and a half to ten or more that we see today.