Digging to the Core, last time this season. One last time on this theme ... I have to stop this line of blog preparation. It takes WAY too much effort to plow through several hundred UFO case files per entry, and people probably aren't overly fired up about the "research thing" anyway. I leave it behind though with some definite regret, as the work has forced me deep into the phenomenon, and it gets a little clearer all the time.

Still, this "hundreds of cases per post" is nuts, and I have to get more time efficient with packing up the research collection for the end-of-summer move. So.... this one took equal work, but I'm going to be short and sweet with the post. 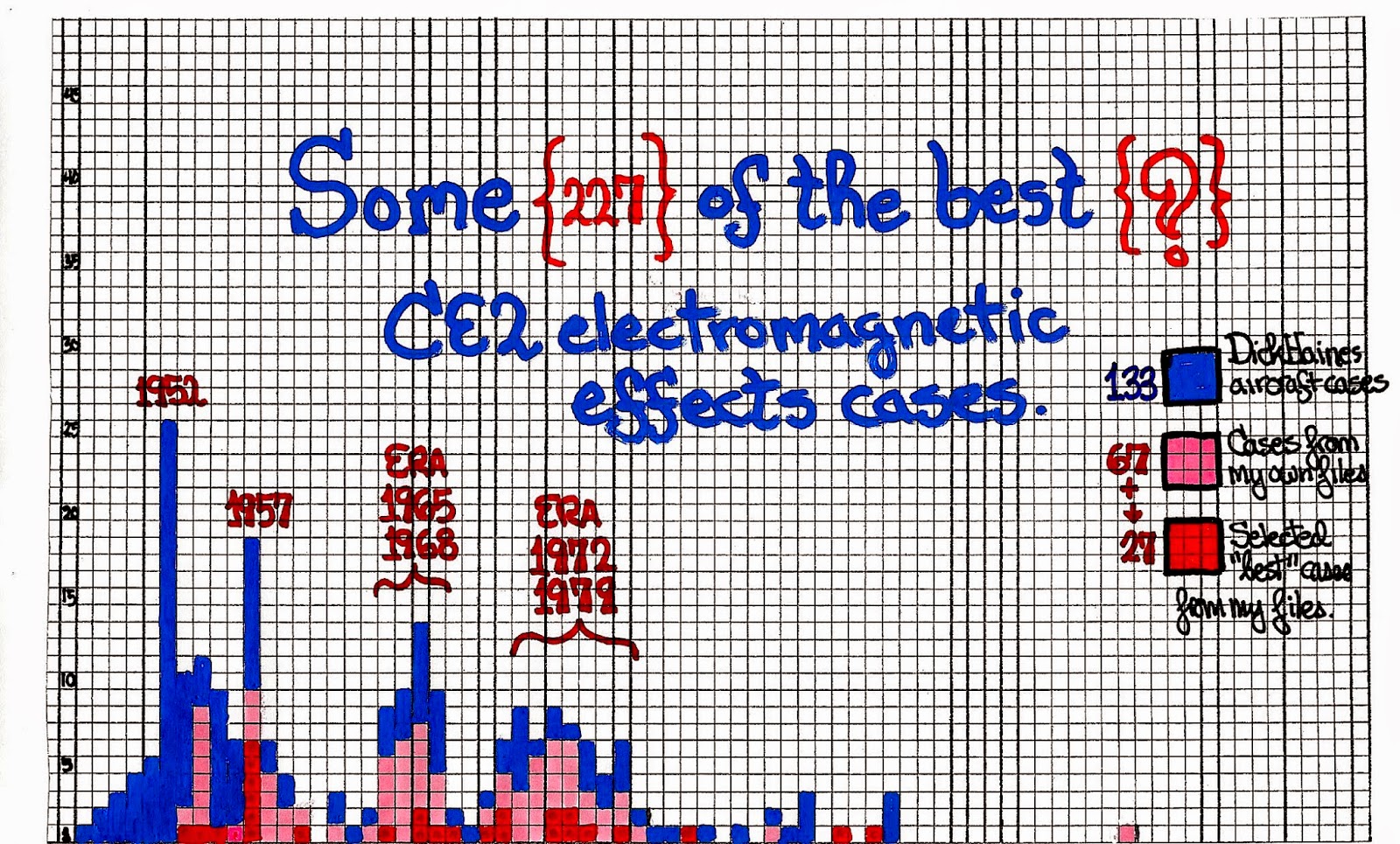 Here's what I did: A). Go through the CE2em case files and try to select ones which, as far as my own files were concerned, seemed fairly strongly credible and to clearly involved an E&M effect. 94 of those case files survived that cut. B). Out of those, I looked for the anchoring core of the phenomenon --- translation: the best cases. I picked 27 of the 94 for special "honors". C). to supplement my own files, serendipity led me to Dick Haines' study of effects in cases involving aircraft --- dropping a few which were duplicates of my own [surprisingly few, Dick is a VERY fine researcher in this aircraft incident area which in my opinion is his greatest strength], and added 133 more cases to the clump. Thus, the graph above.

I am tempted to say that the graph feels like it's telling me that the UFOs emphasized messing about in aircraft situations before they began to more intently turn their attention to the ground, but I should resist that sort of thing as the amount of data, and the unknown of exactly how Dick searched out his case pile, puts too big a question mark in this to make such a weighty comment. Still.... the front end of that graph is mighty funny.

I'm now just going to repost the other two mass data graphs from the previous posts so that they are easy for you to look at and compare. 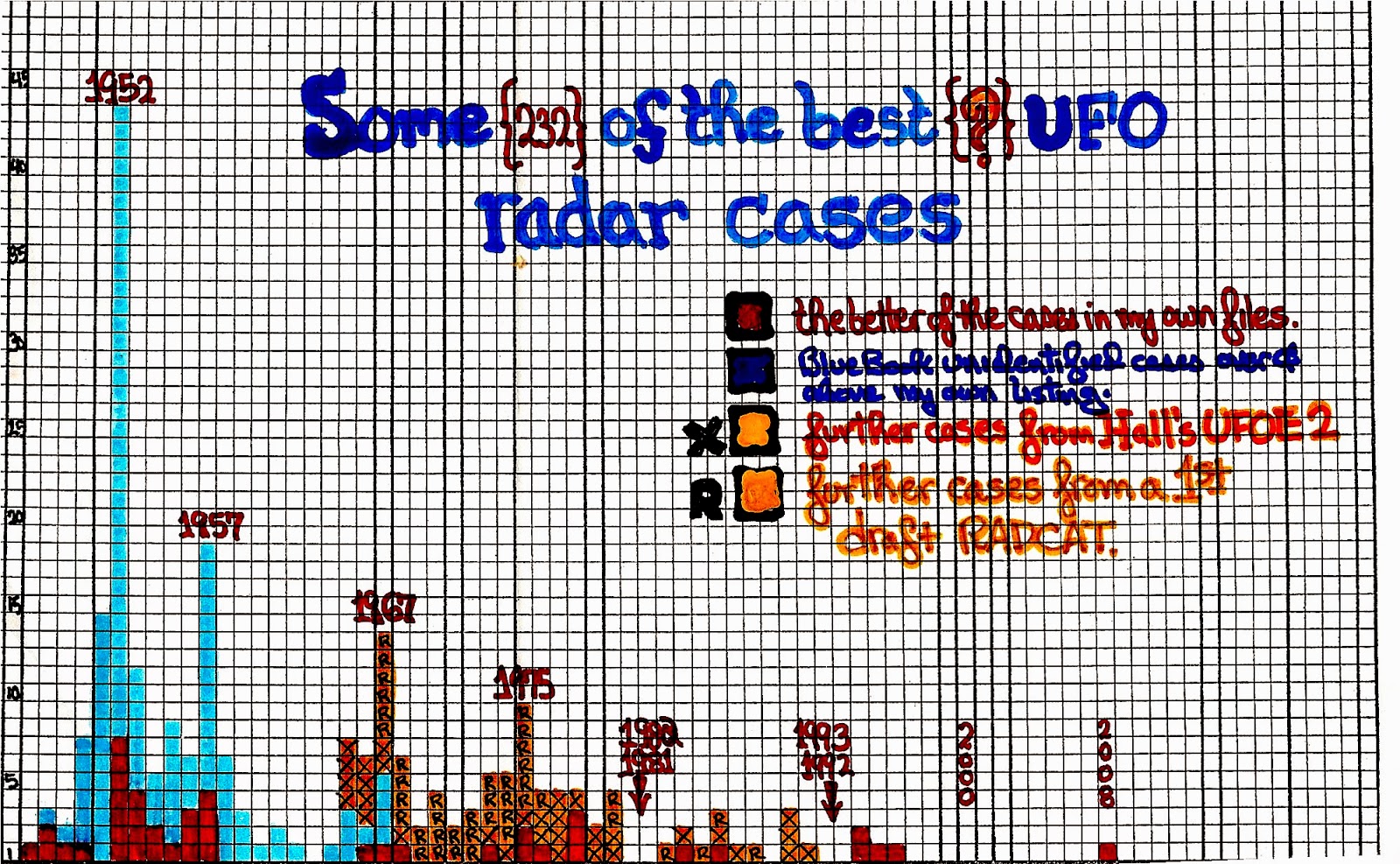 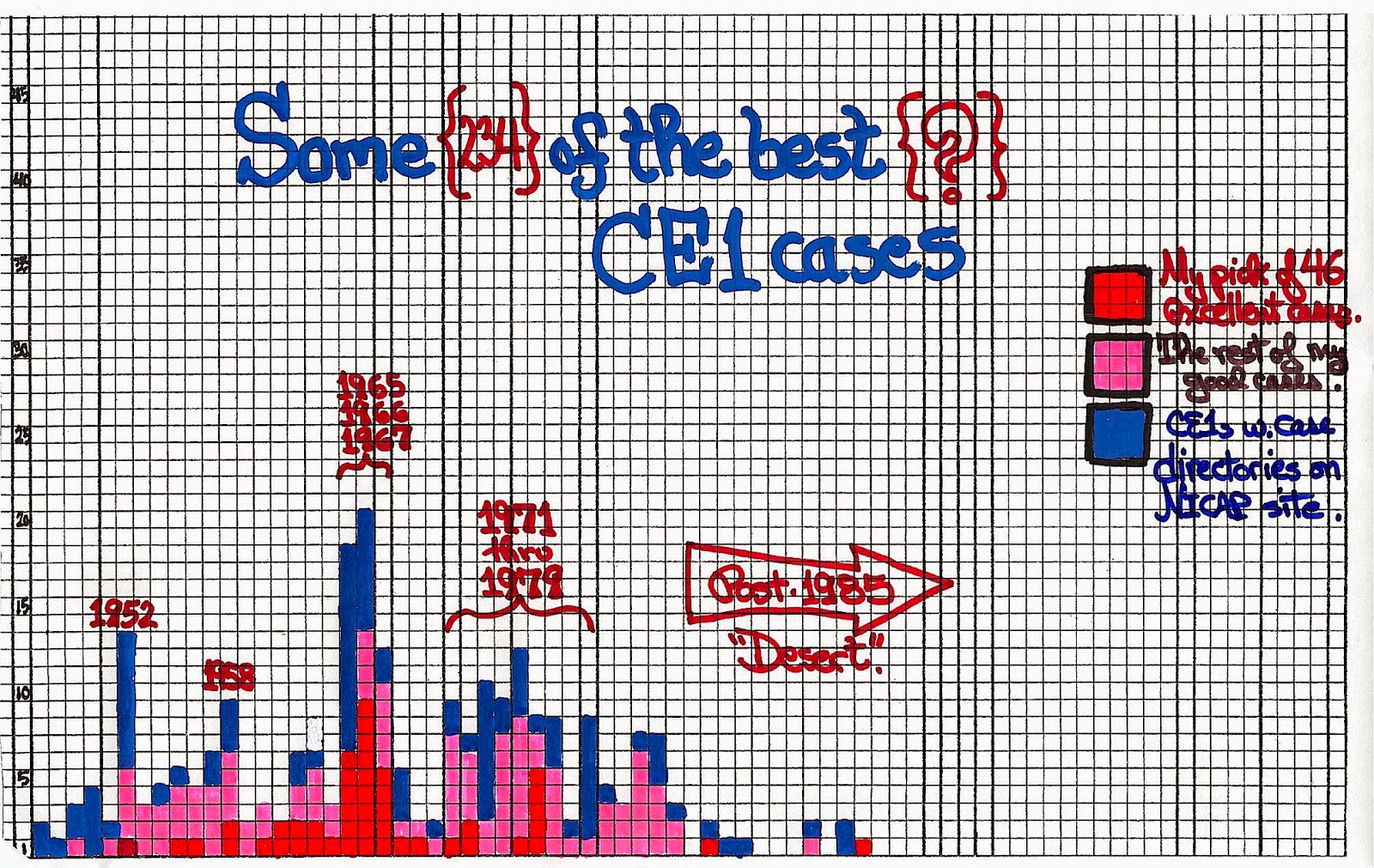 Again, I should just shut up and behave conservatively, but the front end of the E&M graph seems to have the same "attitude" as the radar cases graph, and the middle of the E&M graph the same "attitude" as the CE1 graph. It's like the phenomenon in more than one way got itself established distantly and technologically first, then turned on the Variety Circus Show. ... lots of "dancing" and wildly "showing off" during the Condon Study era [makes you wonder, doesn't it?] and the 1970s decade, before turning the Music way down.

That turn-down of the Close Encounters [and almost ANYTHING which is really good as a case from the eighties on] MIGHT just be my unconscious fault as far as these graphs are concerned, but I don't think so, and the fact that Dick wasn't finding many good cases of his type either is just one more example that it's not simply some bias I have, consciously or not. {Other examples of these drop-offs come from long-term statistics of the stable-and-able Tasmanian investigating group TUFOIC, from MUFONs case receiving website, from CUFOS, from perusing Fran Ridge's NICAP site, from the fact that GEPAN could find very little after the late 70s despite having national cooperation, etc etc etc.} Sure there have been tons of low-grade hit-and-run reports to NUFORC or things like Filer's Files, but even in the rare instance of a follow-up these cases are almost entirely mediocre.

So, I believe that the turn-down of quality cases is real. That does not mean it will remain so, or that we should just pack it in as far as new investigations are concerned.

But I am at least actually going to turn it down as far as these massive data ploughing posts are concerned, so this is probably the last of this type. But I should soften this painful blow by showing you one more great revelation about the UFOs.... 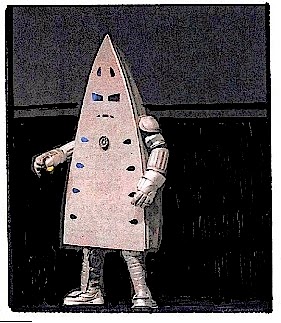 At least some of the UFOnauts are made of ....

Just Kidding!! [Lord, only on the Internet would anyone have to say that.]

Posted by The Professor at 5:19 PM