The Time Has Come The Walrus Said To Talk Of Many Things: Of Rainbow Light, Of BOLs At Night, Of Spatulas With Wings. 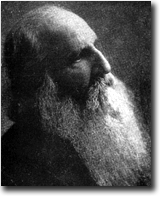 This first EHE is already known to some of you, but it is new to me. It was part of the formative life of a man described as a 19th century mystic, Richard M. Bucke. He tells us that he had this experience as a young man in 1872. He reported this in the Proceedings and Transactions of the Royal Society of Canada. Bucke and two friends had spent the evening reading the Romantic Era poetry of Wordsworth, Shelley, et al, and of Walt Whitman. [It was obviously a different world than our cruder one of watching TV]. Afterwards he took a long, and peaceful, ride in a horse-drawn carriage after midnight. Reflecting in simple pleasure on the imagery of the readings and ideas, "All at once, without warning of any kind, I found myself wrapped around as it were by a flame-colored cloud. For an instance I thought of fire, some sudden conflagration in the great city. The next, I knew that the light was within myself. Directly afterwards came upon me a sense of exultation, of immense joyousness accompanied or immediately followed by an intellectual illumination quite impossible to describe. Into my brain streamed one lightning flash of--Splendor which has ever since lightened my life; upon my heart fell one drop of--Bliss, leaving thenceforward for always an aftertaste of heaven. Among other things, I did not come to believe, I saw and knew that the Cosmos is not dead matter but a living Presence, that the soul of man is immortal, that the universe is so built and ordered that without any peradventure all things work together for the good of each and all, that the foundation principle of the world is what we call love and that the happiness of every one is in the long run absolutely certain." This state lasted only "a few moments" for Bucke, but forever in his memory. For us, we each will take from it what we wish. Bucke's interpretations of the experience are up for scrutiny. But on the phenomenological side, he certainly believed that this happened as he described [he based his life on it] and has left us to marvel and wonder what indeed the experience was? "Light" surrounding; "Light" within; "Light" to his life.-------------------------------------------------------------------------------------------------------------------------------------------------------------------------- 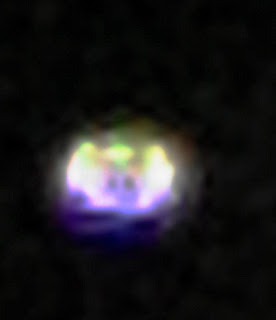 The second anomaly-of-the-day was from the same EHE, and is, I believe far less known. It involved a science-trained [and highly skeptical] professional science writer, and his wife. The reporter's name was Henry Pierce and he wrote for a Pittsburgh newspaper. The event happened in 1966. He and his wife were asleep. About one hour into it, he woke up with the feeling that he had been outside his body and was just re-entering. He also felt that his wife's health had been in jeopardy. While still feeling that he was close-but-still-out of his body, he asked his wife if she was alright. She, too, felt that she had been in a limbo state between waking and sleeping, and was choking--choking in a way that she felt if she tried to do anything about it, it would get worse and possibly she would die. At that point she felt a presence beside her and near her husband's head that she recognized as somehow being him. She described it as a sphere of energy--"The closest I can come to it is a ball of light, but I definitely knew it was the real you." Sensing that his "energy" was nearby, the choking stopped immediately. She said that the two of them were in close communication, and that one knew exactly what was happening with the other at that "healing" moment. She also believed that if she could have retained the depth of the awareness that she had at that time, she could have explained exactly how he had stopped the emergency--but she could not, and he did not have that awareness anywhere in memory as she did. She felt that the two of them were somehow joined in some other "dimension" of reality, wherein the answers to such questions were so obvious as never to need being asked. But with their "return" such understandings were lost--only the glimmerings that they were at least real. This experience attacked the worldview of the science writer such that it significantly stressed him. As time went on, he began to find excuses for the event, or at least denial of its extreme anomalousness, finally saying that he had returned to his ultra-skeptical stance, while still admitting that the experience as he described it was real. There was, however, one salutatory effect: he became puzzled as to why "science" should automatically reject such experiences without even addressing them. Was it really "scientific" to discount unusual experiences without discussion? "Wouldn't the most appropriate response for a scientist, in such a case, merely be to indicate that he has no way to test the person's claims and that therefore his story, while interesting, is beyond science? This, it seems to me, would be far better than the systematic attempts to discredit anyone who tries to report such an experience." AMEN, Brother. -------------------------------------------------------------------------------------------------------------------------------------------------------------------------- 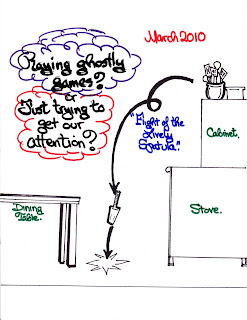 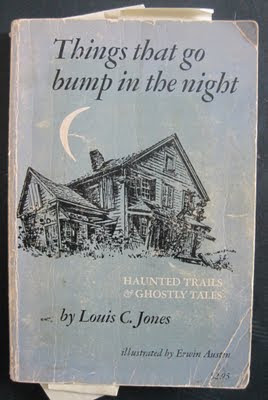 I find it impossible to sort out what the UFOs have to do with the "lights" or what the "lights" have to do with the "things that go bump in the night". It seems a glorious mess to me. Some of the "lights" seem surely to be UFOs and in the sense that they are part of some technology resident in the law-abiding physical universe. Some lights may be other law-abiding "natural" things. Some seem very "spiritual", perhaps obeying laws, but not laws from the textbooks. Are those lights departed spirits, spirit entities never in the body, psychic energy forms [whatever that could be?], or somehow "just" part of us? A mess. A Glorious Mess.
Posted by The Professor at 5:31 AM