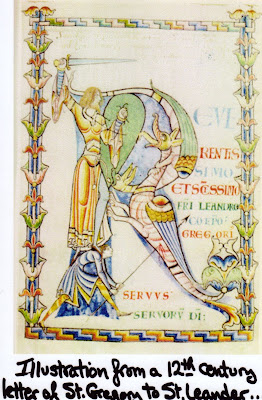 Beginnings. The old people have always known that there was more to reality than the stone which hits you in the face. There was the Self. There was the Soul of the friend, the lover, the child, the Other. There was GOD. There were the Spirits, the nature beings, even the things that "go bump in the night".

The foundation of this blog is that they were usually smarter than we are. They were generally right. All these were real. All these ARE real. We are letting them slip from our consciousness, and we are losing touch with half the world. You will not want to read this blog if you cannot stretch your universe to include the possibility that such things can be true. The Soul who writes here believes in Soul, believes in a Great Maker, believes in a many colored array of wonders, both material and spiritual. This soul believes that there are (often) factual events within which this "lost" part of our reality strongly shows itself.

There are "encounters", there are "anomalies", there are inspirations and guidances. They are all there, but rarely to the mind closed to them. The mind of a scientist can be a very productive thing. It usually knows a lot. It can analyze certain things amazingly--I once did a little of that myself. But the mind of a scientist (if that's all it is) has come to live in a very small world. It is a paradox. The culture's (alleged) truth-seekers are occupying boxes so small that the big study of what is has ended up outside their walls. And they ARE walls. They are walls that so forbid the exploration of "dangerous" areas (even of conversation let alone active seeking) that most of these powerful IQs are ashamed to speak of them.

This writer is an old retired member of that mistaken and wandering tribe. It's too late to care what the dogmatic tribal elders think. It's time to call out for the things that are, but which they say cannot be. And just breathe the free air. What will these topics be? GOD, Spirit, Free Will, Afterlife, of course. Angels, devils, spirits,too. Nature entities, what the old folks called "the good people" and "the middle angels"--well lets at least see. Encounters with the strange, the weird, the "impossible". Lets forget the sayers of "can't", relax, and let be.
Posted by The Professor at 11:04 AM