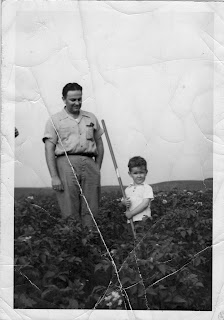 People want proof of the spiritual. We're not going to get it. The way this universe is designed, proof is a somewhat illusory concept anyway. Even Science can rarely be said to approach proof in any "philosophical" sense. Science and experience give us more or less confidence in a thing, but not really proof. Still people would like to have that strong security that scientific testing often brings. The more that the spiritual, the consciousness, the will enters into anything, the less "sure" you're going to be. That is why "science" hates the spiritual. It is an uncontrollable wild card that will not "behave".

It is comforting to believe that the goddess Diana is no longer up there controlling the Moon, especially if you are an Apollo astronaut, since you don't want her to have a whimsical thought and the Moon not be there when you arrive. Science has done great service for us. But by absolutely shunning the spiritual, its practitioners have also done subtle and increasing harm.


Today's picture has something to do with "proof" and the spiritual. It is of my father standing in his WW2 "Victory Garden". He was a great man--a great dad. He was caring and observant, protective and adventurous, a fountain of every conceivable area of knowledge. It was a privilege to have been his son. "Have been" means that he is no longer here in this "normal" physical existence that we find ourselves in. He passed away over thirty years ago. The whole family was able to make the ceremonies. After the Mass at the smalltown church, we returned to the family home. My family is a very dynamic and rather garrulous lot. Not that day. We sat in the living room in the most unusual stunned silence. Our wonderful father was gone. We weren't even crying. I was sitting across from the big bay window which looked out onto the front lawn and across the street. I stared mindlessly at the outside, and then...from around the corner of the neighbors house came a deer.

It was a rather magnificent deer: a big buck with a huge rack of horn and a beautiful coat. It turned its head toward our house and began walking a straight line across the street, up the slight incline of our lawn, directly to the window where it stopped and motionlessly stared inside. Its black eyes calmly met your own as it stood there. How long this time-stopping experience went on, I cannot tell you, but it was many seconds at least, as I had time to yell at mother (who was in the kitchen) twice to run out here and look. Ultimately the buck turned, with no urgency, and walked then bounded away on the same line-of-travel it had taken to give us this experience. Persons who are afraid of the spiritual can call "coincidence" all they want. Fine. Especially if it makes someone feel better about the world. But no one in my family will credit that for a moment, and I doubt that most other people will either. Earlier in the life of the family, Dad had on rare occasions felt that we needed a little reassurance about something. On those occasions he would say, "It's alright gang". That deer was calmly saying the same thing. ------------------------------------------------------------------------

Once I had a very good student (good because he refused to let anyone cramp his curiosity and, therefore, his creativity), who volunteered the following story. He had a much-loved grandfather who lived alone. His relatives knew that he couldn't adequately take care of a dog, but thought that he could use some company and bought him a bird. The old gentleman took care of the bird, and feeling sorry for it, would open its cage door to encourage it to fly about as a bird should do. It wouldn't do so. In fact, it not only never left the cage, it would not talk, squawk, or make noise at all. The old man died. When the family returned from the ceremony, the bird was flying all over the house and making a constant uproar. Stories like these are in the uncounted thousands. They do not "prove" the spiritual. They certainly don't disprove it either. An honest scientist would say that they are "possible data points to support the hypothesis that the consciousness can still occasionally affect the physical after death". Of course, organizational science will never say this. Deer, and Butterflies, and Birds are not supposed to act like this in such a disorderly and unlawful behavior. But my father, the good scientist with the chemical engineering mind, would say they DO, and "it's alright gang".
Posted by The Professor at 6:45 AM