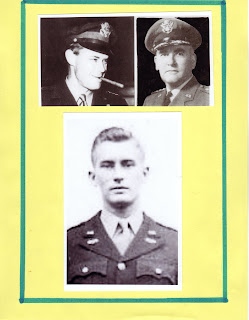 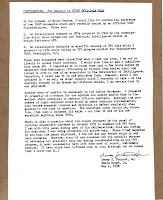 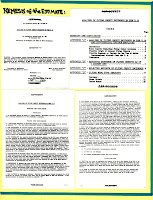 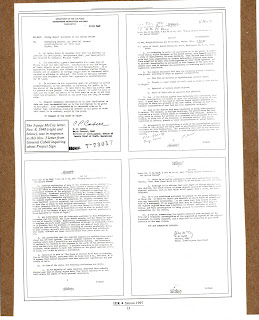 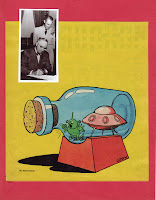 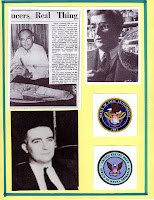 The effect at SIGN was dramatic. Whether all of these things had direct connection to the battle at the NBS or not, every senior member of the intelligence stack relating to SIGN shortly was removed. Both McCoy and Clingerman were given "school" assignments, and afterwards never returned to Wright-Pat in any capacity. Loedding, Deyarmond, Truettner stayed at AMC but were removed from the project. Project officer Sneider disappeared from my radar, but I know that he no longer had anything to do with the project. In a few months only the two lowest ranks on the team were left to head the new Project Grudge. George Towles was a civilian. The military "chief" was Lieutenant Howard W. Smith. SIGN's demise was probably inevitable, but it brought down the most talented group of people ever assigned to the Air Force's UFO beat. As engineers they, even if you feel they got it wrong, tried to analyze things scientifically/technically and this was rarely ever done again. From this point forward, "sympathy" towards UFOs was hard to express at Wright-Pat [although during the 1952 year one could do so in the Pentagon]. And---the Pentagon had left the situation in an unstable position, for the winning side had promulgated a doctrine that the disks were real, and likely or at least possibly the products of advances on the aeronautical thinking of people like the Horten Brothers [of Germany in WW2---a picture of Reimar Horten is below.] That hypothesis could not stand as time went on, even though the AF kept giving it a try. Lieutenant Smith [seen as a cocky lieutenant during WW2 in the bottom picture] was called to Washington in 1949 or 1950 to brief people on UFOs and was in a meeting with Colonel Hearn. Hearn showed him the "Nemesis" and asked Smith what he thought of it. Smith said that he thought that it was worthless and illogical. That turned out to be the right answer. Smith wrote the Grudge report saying that there was really nothing to UFOs--neither as to ETs nor to Russians. Smith retired a Colonel.

Posted by The Professor at 7:05 AM