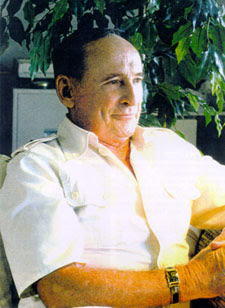 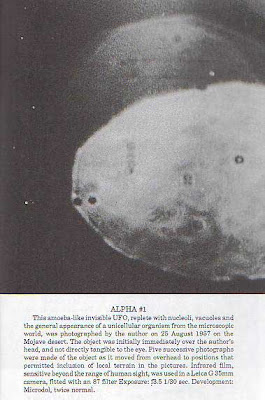 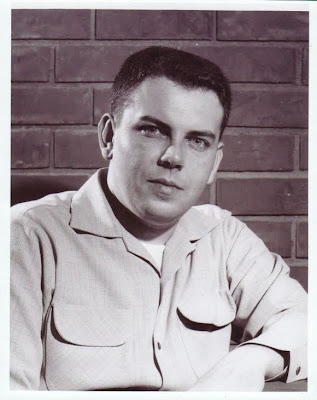 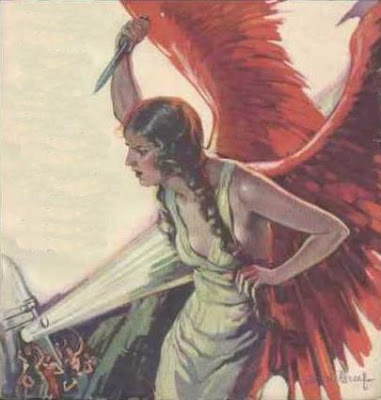 A few other things on the "human" side were in FSR [though surprisingly bare this year]. Leon Davidson unloaded his theory that this was all a CIA plot, using clever air technology which was our own, as well as "useful dupes" such as Adamski and the other contactees, for whatever their ultimate nefarious purposes were. ---------------------------------------------------The other major features were the march of articles by W.R.Drake presenting every possible reason why intelligent life forms, looking perhaps like us, and like "gods" or the contactee personages, could exist on each of the planets of the solar system. As esoteric as his writings were, they, in the end, have a batting average of zero. One wonders what it is like to be a theorist who is wrong 100% of the time--one cannot own a mental rearview mirror, I suppose. My own tastes go in these matters to old science fiction, and particularly, as to intelligent life on Mercury, to Ray Cummings' novels of the winged princess, Tama, who lives in the twilight zone between the hot and cold sides, and is completely charming---smart and tom-boy spunky too. Now if the universe was mine to order, I'd have Tama and her kind happily on a more hospitable Mercury, and Drake and I would have something to agree upon. Alas, neither one of us will get our wishes.
Posted by The Professor at 6:14 AM