The Communications Revolution: The End of UFOlogy and Anomalies Studies? 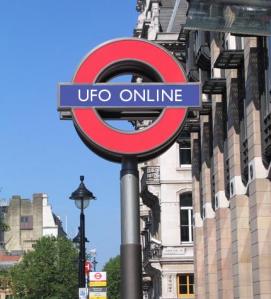 People have mixed opinions on the impact of the Internet but most modern attitudes are that "just give it time, the Internet will make everything better". That if true would be a very great anomaly indeed --- nothing, save Love Itself, makes everything better. But could it make our study and understanding of UFOs better? Opinions are easily created; is there any reason to say one way or another?

Who knows? This post is one way of tossing something factual into that stewpot.

I was idly wondering whether it might be worth someday writing a small regional UFO casebook on Michigan UFOs. Michigan tends to burp up a good UFO case rather regularly, even when the rest of the country is relatively silent, so maybe such a study would be interesting. Without {yet} being at all serious about doing such a book, I decided to make a simple-minded surface survey of what was out there as far as reports were concerned.

I chose the extremely valuable site "UFO DNA- The UFO Code" to take a look at. It is not a "comprehensive" case listing [nothing is] but it has a large number of cases to say the least. The producer[s] of the site surveyed a tremendous amount of UFO literature to compile this. Not wanting to grow too old in my quest, picking Michigan lessened the extensiveness of my search, and the site helped out further by having regional listings of cases divided by Hynekian categories.

Now.... no one should take the results of my survey any more seriously than is appropriate. These cases counted are just "Michigan" and any region will have its own distinctive characteristics, different mixes of case types, different involvement in flaps, flaps of its own, etc. But even given all that, I think that the data below still "speak" to us. One thing however: UFO-DNA [good as it is] is a production of human nature. That means that there are flaws, irregularities, matters of convenience and/or interpretation which "color" its listings. I'm not bothered by this. The site seems unusually void of any added prejudices. The only thing to note is that the site has apparently had a non-smooth case entry history [i.e. there seem to be a few years where the amount of energy/completeness going into the listings was down, and the total count for those years thereby unusually low]. Knowing UFOlogy, I think that I can suss those out and not let them screw up the ultimate insights, if any. 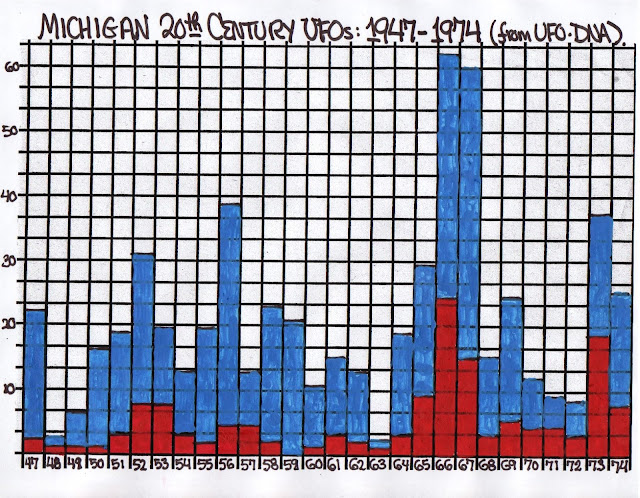 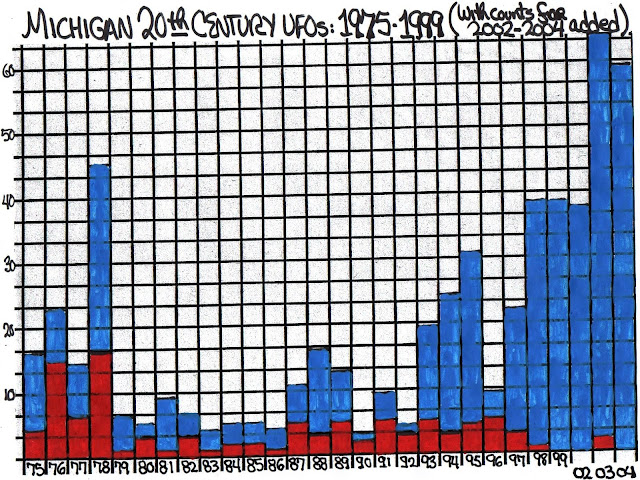 So, all I've done is to go into Robot-Mode and count cases by years. I made separate counts for each Hynekian category. And I added together the counts for all Close Encounters-plus-Radar cases for each year. The total number of cases in a year is the top of the Blue/Red column, and the number of potentially high evidence cases [The CEs and the Radars] within those years are the Red Column. What showed up?

Early in the graph, Keyhoe-ian UFOlogy showed up. A nice 1947 component and a good lump of cases across the 1950s with VERY little Close Encounters. [Remember again folks that this is just a Michigan graph, so don't expect it to meet your "national" expectations necessarily.]

Then the big 60s wave showed up. Some would call this the Swamp Gas Wave, but I refer to it as the Condon Project Wave. My "inside joke" on this is: whatever's behind the UFO phenomenon decided that we are so utterly incompetent emotionally and culturally to actually study anything properly, that they were going to unleash a giant wave, including many CEs, just as our so-called "scientific study" was going to run, and prove positively that we had our collective heads buried in some unproductive seeing environment [there are more than one well-known such environments in popular slang --- fill in your own favorite]. The "Condon Wave" shows a good base of total cases with a healthy CE content. The 1970s continue these flare-ups.

Then comes something that many observant UFOlogists have noticed all over the world --- not only very few cases, but just about no CEs at all. This is the great dead period of the 1980s. After the 1980s, the Internet shows up in force and the Internet UFO reporting sites begin to get noticed by the public.

And here come the reports..... I actually had several famous UFOlogists [some of the most famous CE4 UFOlogists] argue vociferously against Mark Rodeghier's and my assertions that the manifestation of the phenomenon had changed and that certain things had basically gone away. Oh no! There are UFO reports all over the place! We are in a continuous Flap, not a drought!. Yep. We're flappin' alright --- IF you believe the Internet.

I wondered if any of those guys ever read many of the "case reports" they were referring to. Essentially useless... Zero... No research value. And, even if one decided to allow oneself "great faith" about what might be behind the shallow "reports" [totally uninterviewed or in any way field-tested], there STILL were no CEs, especially of the CE2 types. The Michigan numbers [with my inclusions of the latest three years mapped on the site] show exactly that.

I didn't try to map any of this stuff [WAY too much effort], but there are a few mappings out there for what they're worth. This is a Larry Hatch filtered case map, theoretically of better UFO incidents. I will bet money that Hatch could not include maybe even one report of the late 90s or 2000s on a quality-filtered map. Unlike the case reports from the Keyhoe-ian era, the Condon-Project Wave, or the mid-70s follow-on, almost all this later stuff is precisely worthless --- a Sea of Weeds. 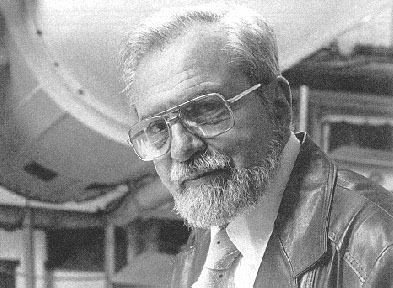 This is probably intuitively obvious to anyone who reads this blog, but Allen Hynek made it specific long ago, while he was still at work for the Air Force. Hynek invented the concept of the Strangeness/ Credibility Graph. He knew then, just like ourselves and any other good UFOlogist in between, that there are NO good UFO cases unless they have two clear characteristics: significant "Strangeness" and solid credible witnesses.

Anybody can type out a highly strange story on the internet --- we've got strangeness galore on every conceivable subject. BUT Even There, there are few, sometimes no, really strange CE2 or CE3 incidents reported on the famous sites. But even if there were: without personal "field investigations" the quality of witness credibility is precisely zero. Every witness might be a Franciscan monk who used to be an astronomer for all we know, but that's the point isn't it? We DON'T know. Witness credibility Zero= Case Zero. 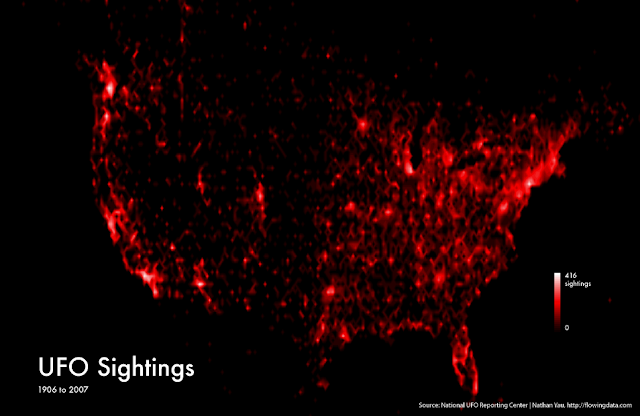 This is a map generated from bulk NUFORC [the internet's main UFO reporting center] data. Do you know what I think about this? The red color makes it pretty. That's all.

Worse yet, in my exploration around the internet, I find that every anomaly is being forced into this same pattern: easy, no risk "reporting", no follow-up on anything, huge pile of Believe-it-or-not unfiltered words accumulating. 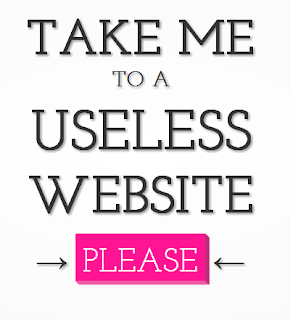 I hinted at the Doomsday Scenario for learning anything about any of the anomalies lurking in this situation in the title of this post. I have some serious concerns. There are ways to adjust to this of course, but they all require civilian researchers to step up their games significantly, and create very strong and investigatively efficient linkages to the sites which are brainlessly accumulating the unprocessed data. If that doesn't happen, UFO research [with one exception] is over. The one exception will be historical research --- old cases/ old FOIAs newly released etc. The same thing would be true for hauntings, poltergeists, bigfoot, faerie, Fortean Falls, black dogs, etc etc etc. In every one of these types of spectacular event anomalies, the mere typing into a collecting site which is a dead end will ultimately result in the complete reduction of the anomaly to shallow entertainment in everyone's mind, and the anomalies will sink to the status of imaginary computer games.

The UFO research community MUST STEP UP IT'S GAME!!! 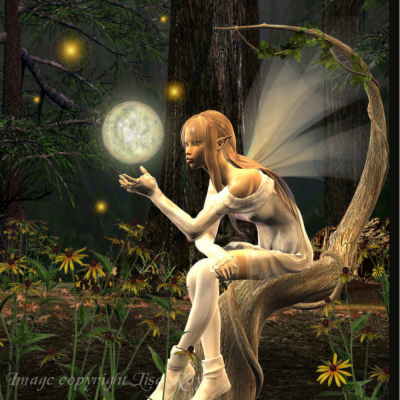 I don't want to be the last guy trying to study these wonders, or in my case just a high-strangeness old dude trying desperately to at least preserve the ACTUAL data-rich documentation so that future Wonderers can have something other than what the reporting sites have to offer to study.

MUFON: Get it together! NUFORC: Get it together! MUFON/NUFORC: GET TOGETHER!! Seriously. Get a better research idea. Get a plan. You could be drowning in unexamined opportunities while rearranging your Titanic deck chairs as the Internet Iceberg sails mindlessly on.

Well, even I was exhausted by that last metaphor.... Peace friends.

Posted by The Professor at 2:29 PM