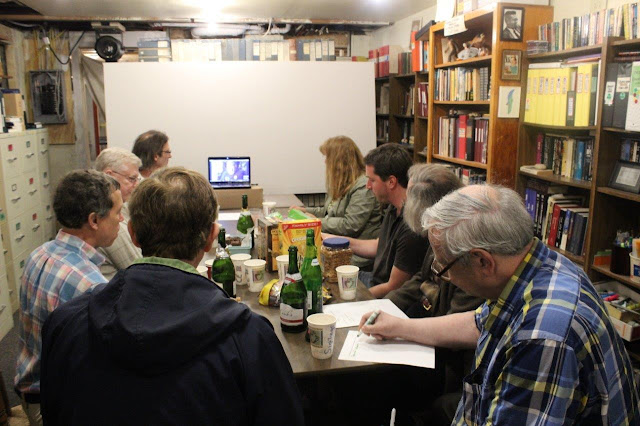 Robert Powell sent me some pictures of the May 22-24 get-together, and I wanted to use them as an opportunity to make a point or two about UFO research work and information sharing. {The above picture is of eight of us around the archives room table skyping with Barry Greenwood in Massachusetts.} 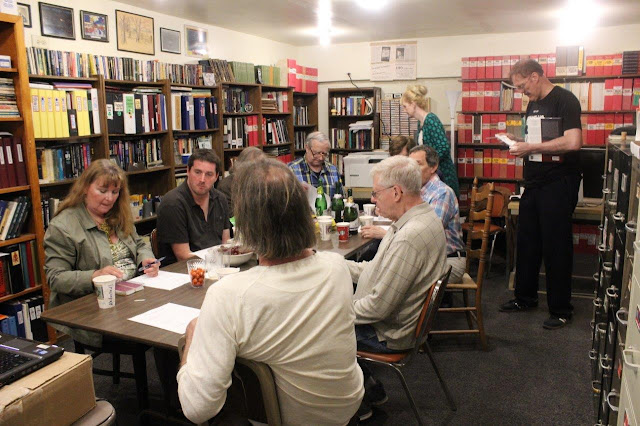 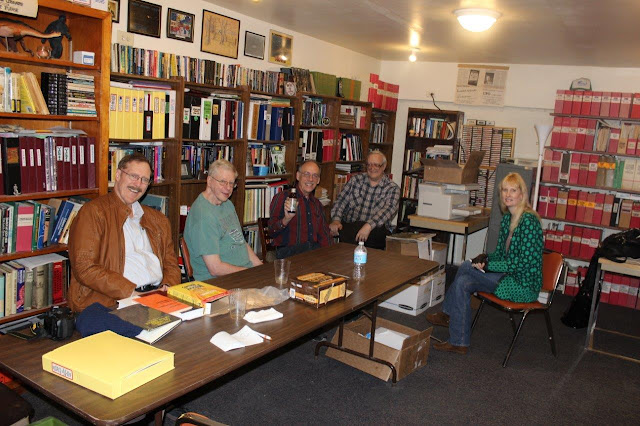 The point of the get-togethers seems at first to be information exchanges and brain-trusting but it's mainly about community building. In my many years watching the UFO researcher circus, the thing which has been most appalling to me is the lack of true community and, therefore, an unwillingness to contribute without ego to team projects. Community however takes work. 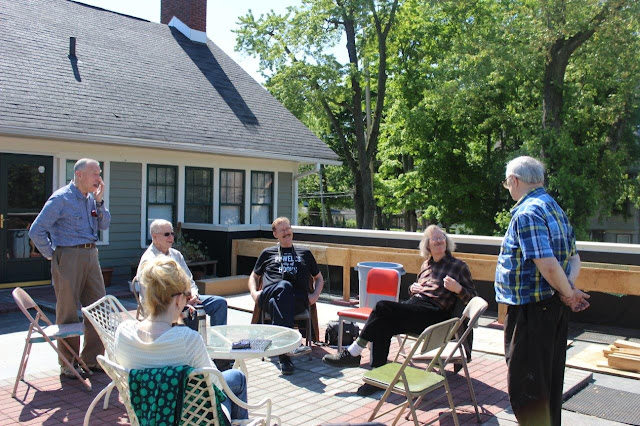 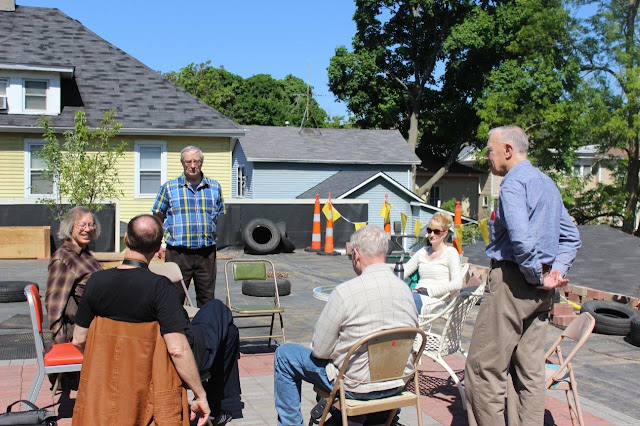 I and others [it seemed to me] had a need for creating true colleagues and ultimately true friends to facilitate getting projects done which almost demanded a team of people to encourage and support one another, and share the load. That's why I, not knowing if the concept was impractical or not, began inviting some old friends and some new associates, all of whom appeared as civilized humans, to come to Kalamazoo for small-work, high-companionship, styles of get-togethers. I was surprised a bit as to how much people wanted to do that "impractical" thing, and also how little [essentially zero] conflict occurred even among folks on record with opposing opinions on certain things. 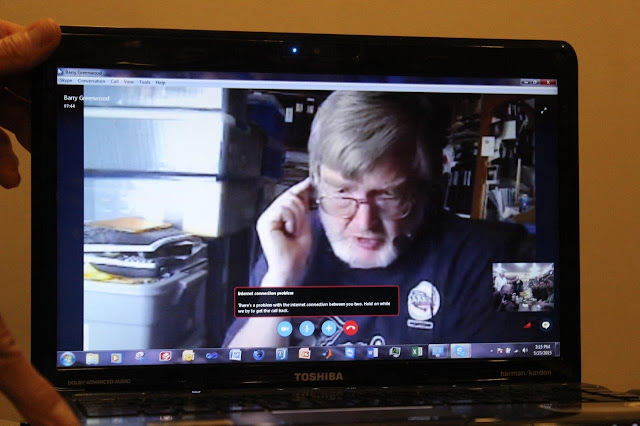 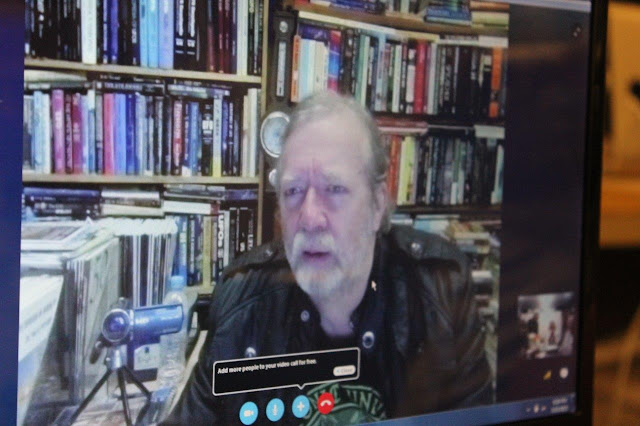 {Barry and Bill via Skype}

I'm posting this because I believe that it's time for anyone in UFOlogy who has low enough ego and high enough humanity [and who has been lone-wolfing it] to quit behaving that way and create community with others who share one's UFO interest and who bring something to the table. {The Skype technology isn't ideal, but it allows a "nearly-personal" contact with great guys like Bill Chalker and Barry Greenwood who can't make it to Michigan}.

We all have experienced some of our field's Sounds-of-Thunder Stage-Dominating UFO Egos long enough. More tragic than the consistent lack of open-ness that we have to put up with from such "UFO authorities" is the other group of basically good people, who however have to plough on virtually alone with no real support and, this is important, no pre-publication sounding boards of respected people. We need research teams, and research teams who know one another as human beings and have civil sympathy for each other. 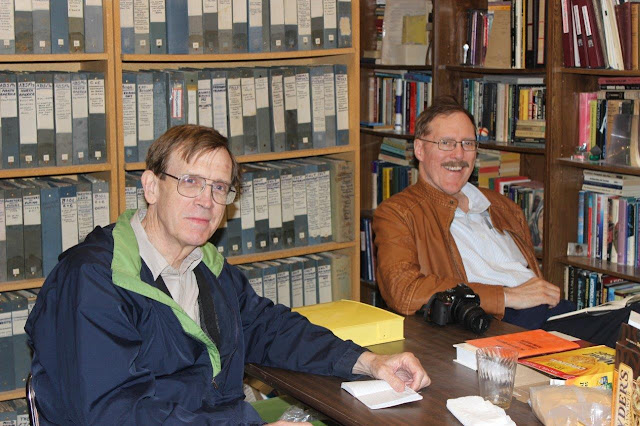 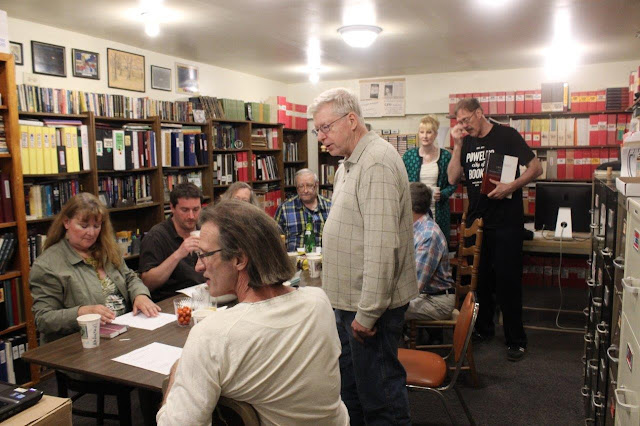 UFO research is hard. But it's a lot more promising [and fun] when you're doing it in a shared community relationship with people that you've grown to like.

As in everything: together is better than alone.

Posted by The Professor at 6:32 AM