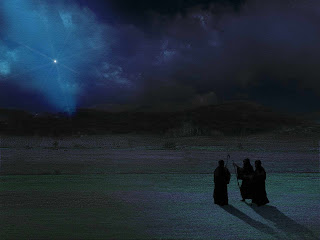 Preword: Merry Christmas to everyone and hopes for a holidays with people you love. This is to say that I am returning to WVA to spend two weeks with my mother [and siblings] and will not post the blog for that time. As an aside, I received from good friends an electronic Christmas card which surprised me with its gentle art and pleasant feelings. If you want to, you can go to the site which made it [jaquielawson.com] and she lets you preview it for free--click on "the christmas tree". Art differs in many ways, but something common to it far down deep perhaps unites it all. And, now: UFOs. 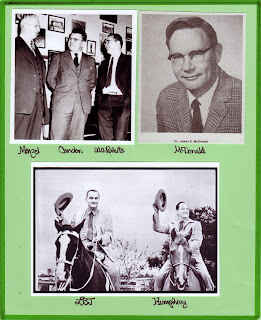 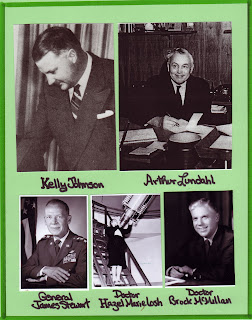 {I'm not telling you the name of this advisor yet. CUFOS got a draft of a book about this "activity" from him several years ago, with the idea that it needed some editorial help before it was ready for prime time. That was surely true, and many suggestions later, and three drafts, it still was not (the writer had a wonderful way of explosively writing up his great experiences--highly entertaining and informative, but needing a lot of historical grounding and "polish" to give the reader its best face--we never achieved this). I lost touch with him almost three years ago now and don't know if he wants to publish his book or if it's too much of a hassle. I decided at this time to give you the basics of what this was about, without adding to his hassle by publishing his name. I don't like to do this, but it's my compromise to letting this "cat out of its bag".} But there are plenty of details that I can, I feel, pass along. Our hero thought that this task was interesting and so did several high-powered people he knew. He enlisted Aerotech ace Kelly Johnson [who had seen a UFO and definitely thought there was a lot to the subject] and National Photographic Interpretation Center chief, Arthur Lundahl, who had a personal file on UFOs, particularly film cases, and General James T. Stewart, who was director of Office of Space Systems, working out of the Secretary of the Air Force's office, and legendary University of Michigan astronomer, Hazel Marie Losh, and Brock McMillan, who was Undersecretary of the Air Force in 1963-1965 and currently Director of the National Reconnaissance Office--and two other folks. Whew!! What a line-up!! ---------------------------------------------------------------------------------------------------------------------------------------------------------------------------------What they did was to meet at least monthly during a good part of 1967. They asked McDonald for at least two "briefings" on UFOs and leaned heavily on Art Lundahl's files and their contacts. McDonald was doing these "semi-private" briefings all over, and does not seem to have suspected that in this case he was feeding an ad hoc study asked for by the President. [there is no evidence in his files that he realized what was happening, although there are mentions by him of his meeting with these people]. Our author's recollections of some things were very definite over all these years [ex. the people and the style of the meetings; the general way they proceeded; and the conclusions they gave to LBJ ]. Some things were not, understandably, as well remembered [ex. the exact dates when this took place; most of the exact cases that they used; how many meetings they had]. He says that he believes that the following were some of the key cases, and that they came from McDonald's briefings: The Kenneth Arnold Case; Exeter, NH; Red Bluff, CA; Levelland, TX; Washington, DC ; Portage County, OH ; Damon, TX . He says there were many more. There are obvious "later insertions" which are mis-rememberings, so details should be taken with some salt.---------------------------------------------------------------------------------------------------------------------------------------------------------------------I'll leave off this longer story with a few of their conclusions to LBJ. A): " the unidentified flying objects i.e. their occupied spacecrafts or probes are real and technically feasible." B): "they have intelligence". C): "UFOS have been observed defending themselves and they have attacked USAF fighters when being pursued by aircraft vectored out on an intercept". [!!!--I doubt that this is exactly what he means--our author has a tendency to strong language. Maybe he means "confronted" rather than "attacked", but ???]. The conclusions go on like this for a couple of dozen--I'm stopping because I don't feel right about blowing all the "news" if he still wants to publish this. [there's no dark secret in here, just very interesting opinions from a group of brilliant folks who took something on in an open-minded way]. I'll give one last one: "These historic and current UFO sightings do not appear to be USA government developments. Often those UFOs seem to be teasing or baiting the innocent ground observers the world over. Not what one might expect if UFOs were under development by the US Government!" To read this draft manuscript was obviously fascinating [not least due to the "insider"/non-UFO stories that he told, often hilariously]. But we shouldn't overrate nor underrate it. It was what it was: a short-term serious study made by powerful well-informed minds, who came to the conclusion that every open-minded student of this subject comes to: The UFOs are real and they are most likely intelligently-controlled extraterrestrial technology. I, for one, am happy to count myself in the company of Lundahl, Johnson, Losh, Stewart, McMillan, and our author.
Posted by The Professor at 8:38 AM