UFOs?...Uhhh,They're BALLOONS!! Yep. That's What they Are. 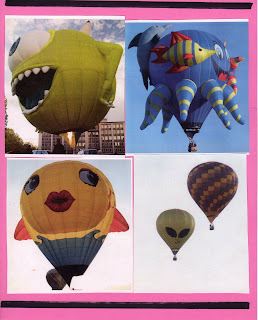 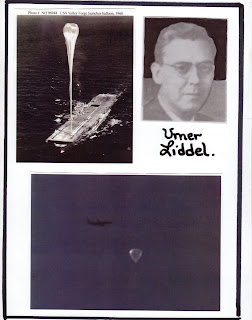 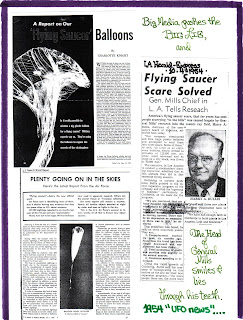 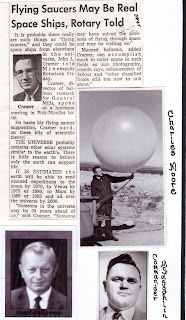 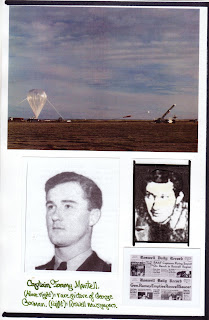 Let's end this today with a minor point and then a major one. The minor point is that it was probably true that top secret balloons were involved in a minority of UFO cases. Although I will get a few of my friends mad at me, I believe that it's 99% clear that the famous Mantell plane crash of 1948 involved a mistake with a balloon. Some of my other buddies would include another 1948 "classic", the George Gorman "lightball chase", as a balloon event--that I'm not nearly so sure of--the testimony of the ground witnesses makes me demure. And at the other end of the spectrum, the Roswell write-off is utterly ridiculous as any balloon. On the major point(s) to take from this, let's stop and consider the characters in the story. What-in-the-H___ explains Urner Liddel? Because he sat in ONR looking at all the UFO reports, he HAD to see his own Navy Research cases, and he HAD to know that his own balloon guys saw UFOs! There aren't many hypotheses to deal with him. He is either a bald liar, or he is profoundly ignorant, or something is wrong with his mind. He, due to his position, almost cannot be "profoundly ignorant". And, take this for what it's worth, my reading of his writing and his letters to Condon leads me to believe that HE believed what he said, and also that he was the kind of ego-centric loose cannon that the intelligence community would not risk assigning some conspiratorial task. It will probably surprise you, but I believe that there was something wrong with his mind. What was wrong was that something in his view of reality was so strongly abhorrent to this concept that he could not analyze nor think straight when he was addressing it. Smart as he was in many ways, he was when it came to threats [to his sanity?] a "messed up dude". We've had a whole angry crowd of such people, standing in the path to discovery. I think that it is time to entertain the hypothesis that in some serious way, they are crazy. What else, really, can explain staring right at information and either not even seeing it or hysterically blocking it, and replacing common sense with some of the most preposterous ideas that even informed children can see through? The august Mr. Bullis may be another such guy, or, in his case he may have been honoring a request from the USAF. Either way, he just flatly disinformed the public. It is circumstances like these played out over and over in UFO history which explain how the current state of ignorance and disinformation has been able to be maintained. But no claims by UFO exponents can be treated seriously unless the doubter would dig into the documents of our history. THEN, one finds the astounding picture of what actually went on with both the government and a few media-blessed "scientists" [it sticks in my craw to give them that designation]. But digging into real history is real work. No such truth will be dawning on the general consensus reality anytime soon....sadly. All you and I can do on these matters we care about is to stand up to the snickering ignoramuses, a task much easier if we actually learn something in depth ourselves. But...count to ten...we have one great advantage: we have fun, and they're just grumpily miserable. 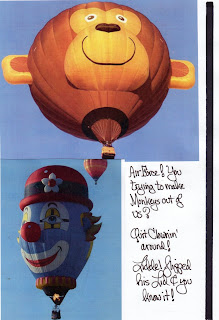 Posted by The Professor at 5:38 PM