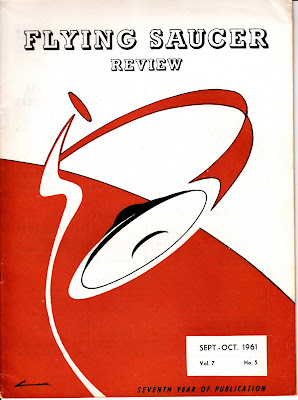 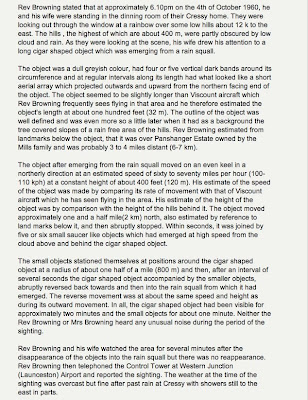 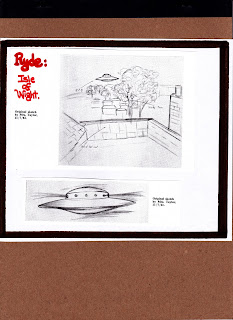 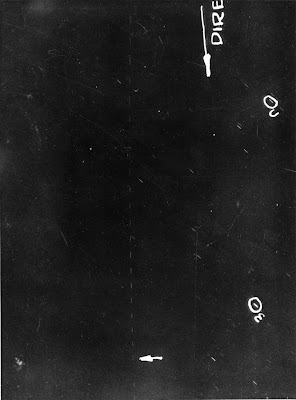 Lastly, there was more mention of the Grumman "satellite" photo, and FSR managed to get a version of the photo [which however was the black/white color reverse of the thing you see above.] Their version did not let you see the actual track. I then remembered that I'd sent my good version of the thing to Fran Ridge to post on his NICAP website, and so was able to get it there and post it for you here. Hopefully you can see the dashed line track of a never-explained "anomalous satellite". [running vertically just off the white arrow near the bottom]. So you see, all of us aren't nuts afterall---at least not all of the time.
Posted by The Professor at 6:53 AM