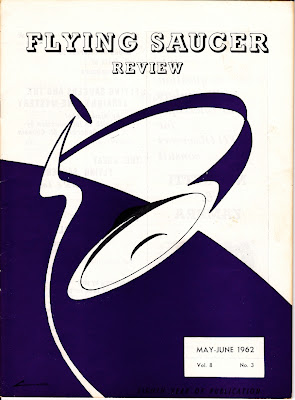 Few mentions of "contacts" were made and the only one receiving a featured presentation was the "Pancake" case of Joe Simonton. This is because FSR regular Bernard Finch had queried Simonton by mail about his alleged meeting with three extraterrestrials in Eagle River, Wisconsin. Simonton, who always comes across as one of the open-eyed "just-plain-Joes" of all UFO history, wrote Finch a letter which then FSR printed. It's to the left. As you can read, Joe is claiming forthrightly that his experience was real and that he thinks he has good reasons to believe that these critters were ETs. He is obviously a bit miffed that the USAF took three of his four pancakes, and has been tardy about their analysis. He thinks that the pancakes were not made of Earth ingredients, although later test results disagreed with that. He is happy to "tell all" but is waiting for the Air Force to tell him it's OK to talk about the testing. [Hynek and Robert Friend seemed to think that Joe was an alright guy, too, by the way----where that leaves us when faced with an almost comic story, I don't know. Leprechauns, anyone?]----------------------------------------------------------------------------------------------------------------------------- 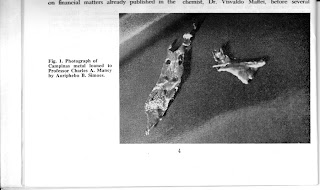 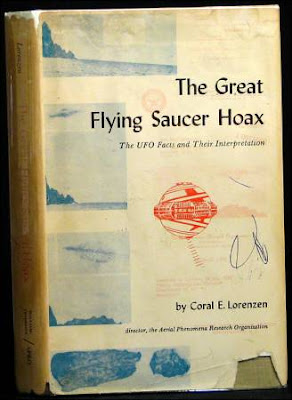 There were articles which mentioned meteorites as a possible confusion in UFO cases, exobiological possibilities [mostly of a sensible presentation], and the idea that some few meteorites might contain fossilized life forms [of bacterial size]. The latter article [very short] was in aid of the idea of Panspermia [that life had been scattered about the Universe in fragments of "comets" et al, originating from one or more common sites of fully developed life forms.] This thought was mainly pushed to overcome the intuited problem of life formation being so hard to accomplish that it would be better to believe that it had only to happen once [or at least a small number of times]. As time has passed, the idea has been used to defend the exact opposite, namely that elementary life is so easy to form that the rudiments of it form in space itself. However you want to go, the finding of life forms, or life chemical precursors, in meteorites would enhance arguments that life in the universe is common and even based on the same general chemistry. FSR was intuiting that this sort of science, though not directly "UFOlogy", had potentially greatly to do with making the ultimate defense of the reasonableness of the field. Of course some scientists were not so moved---to even consider space travel possible.

Meanwhile, buried on page 27, a little paragraph said: "Another close approach to a car was reported on September 19-20, 1961, in New Hampshire when a Mr. and Mrs. Barney Hill, while driving around midnight, saw a bright object in the sky. Using his binoculars, he saw a band of light, convex as if on the edge of a flattened disc. The object seemed to be rotating." Hmmmm. Wonder if anything ever came of that?
Posted by The Professor at 7:05 AM