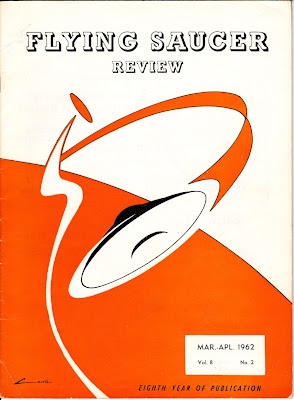 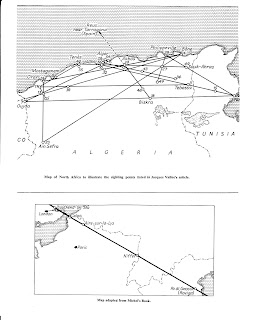 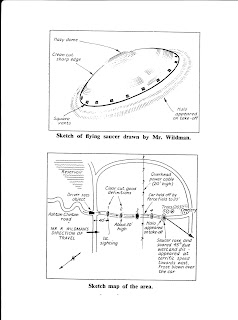 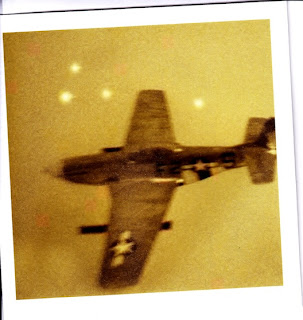 Gordon Creighton returned again in this issue [now becoming a regular contributor, it seems] but not on Russian matters but with an article on WW2 "Foo Fighters". It was pretty good, though not as good as someone like Jan Aldrich or Keith Chester could write today. Creighton explained that he had been collecting old sightings for awhile, ever since he saw his own UFO back in 1941 [!!] while serving at the British embassy to Chiang Kai-Shek in Chungking, China. [what an interesting life that guy must have lived]. This interest led him to collect stories and newsclippings of foo-fighter type incidents through the war and after, and here in this article he was reviewing them. His tales are typical foos: either orangish or metallic balls playing chase with allied fighters and pacing alongside. Most times they just simply flew away or disappeared. Occasionally one would seem to explode. Creighton knew that the foos were in both the European and the Pacific theatres of war and that the public explanations for them [secret weapons of the enemy of either psychological or real damage intent, or natural phenomena such as St. Elmo's Fire] made no sense for the majority of cases. The fact that, later, both German and Japanese scientists wanted to know what they were too, speaks volumes against the "weapons" theories. -----------------------------------------------------------------------------------------------------------------------------------------------------------------------------------------All of that fits well with what the USAF was doing at the time in 1962. A couple of mentions were made of Air Force press releases stating that the UFOs were the products of errors and that "unknowns" were dropping [percentagewise] like a rock. This was the time when Robert Friend was heading Blue Book, but still under NICAP pressure in Congress to lie their way out of any public hearings suggestions. Friend's predecessor, George Gregory, had been whizzing phony "solutions" by the dozens just before Friend came on board, and nothing really had changed [despite Friend being a more likable man]. Because NICAP was firing its Big Gun, Admiral Roscoe Hillenkoetter, at Congress, there was reason to be worried. Unable to cast aspersions on the ex-CIA chief, the USAF resorted to bald-faced lying about what the UFO case files really said. To that, all of us in the UFO community can say: 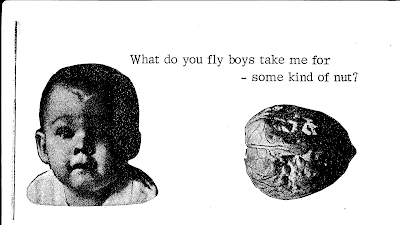 Posted by The Professor at 7:45 AM