Midnight In Finland: A high-strangeness diversion, just for fun. 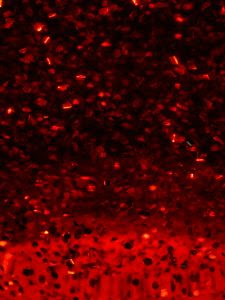 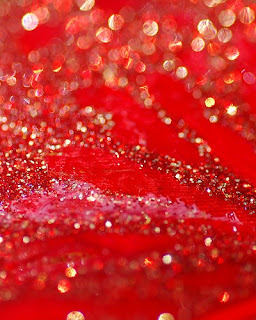 "All of a sudden, the light clung to my hands while sparkling, and I became enormously scared. I tried to shake it off and rubbed my hands together, but it just spread around. I couldn't feel it at all, however, it didn't have any weight, it didn't burn, and I couldn't sense any smell. [at least it wasn't like "The Attack Glob From Magonia"; maybe red is friendlier than green despite the fact that this is St. Patrick's Day]. When I couldn't feel the light in any way, I dared to take more of it in my hands, taken from about 20 centimeters off the ground, where the light was more dense. Then I started to run towards the summer cottage with the light sparkling in my hands." ------While he was running, the light did not react to the air as it moved by, merely sitting there unaffected. He explained the situation to his buddy, who was boggled into silence. He spread his fingers and the sticky light stretched between them. [max distance he could spread was 5mm. Outside he felt that the light stayed attached to itself at least up to 3meters]. This light accompanied his fingers sort of like an aura, and did not light up the interior of the cottage [a particularly strange element in this]. After about a half-minute the light began to fade and it ultimately went out. This gave him the added courage to go back out to investigate again.-----------------------------------------------------------------------------------------------------------------"I went out to reinvestigate the light phenomenon on the forest road, but it too had disappeared." His friend refused to come out at all. Finally, being alone at midnight became too uncanny and, frightened, he returned to the cottage for a very restless sleep. In the morning, an on-spot investigation showed no remnant effects. One evening later, he returned to the spot with others and nothing happened. UFO Research of Finland did what appears to be a good investigation. There were no traces. Witness testimony reaffirmed that the light did not illuminate anything outside its location [i.e. light in the hands did not illuminate the arms; light in the light column did not illuminate the nearby tree nor bush]. This was "light" which was disobeying fundamental laws, or it was not physically "here" at all, but rather an appearance projected to the senses from elsewhere and never in our three-space... Or...Whatever was going on, this "light" was imageable in the consciousness without passing normally through the environment--or, if it did, it passed as wavelengths which were not reflected or re-emitted, by the environment, but still signaled "red" when hitting the retina. Although this case has no UFO, and there is no good reason to put it into UFO files, it may say something about certain UFO cases. These are the cases [not overwhelmingly common but still a few handfuls] wherein the UFO is described as bright but does not reflect off the water or the ground. Whatever went on at midnight in Central Finland, we owe the Finnish researchers a debt of gratitude for being on the ball and recording this strange [to say the least] occurrence. [from the UFO Research of Finland Annual Report of 1985.]
Posted by The Professor at 6:35 AM