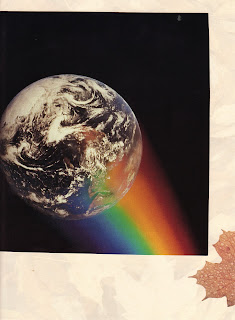 Morning prayers, outside...the crows are making a racket, sitting up in separate trees hollering at one another. One of the local squirrels is sawing away at a walnut in a nearby maple ...breaking the night's fast. Another runs across the street with its own walnut. When the humans cut the four big walnut trees down last summer, most of the winter bounty went with them. I hope the few left were filled this year or it will be a longer winter for these furry critters. I'm not sure exactly why I care, but I do. A girl Cardinal sits in her tree peeping at her boy. He's a good fellow and immediately peeps back from the one he's sitting in. As he flies further off, she's not happy with him and peeps more loudly and insistently ["what's that meathead doing now?"]. Finally she flies over to the roof he's perched on and off they go together. Ah, romance... ... I just miss seeing a leaf detach from the nearest maple. It was one of the last five...a yellow-gold star fluttering to Earth. Once I saw such a happening exactly as I was staring at the leaf. It was a bit of a shock to see the actual, permanent change that had, just that microsecond, occurred in the universe. Something had happened that would never be the same. Something had ended. I suppose that it is a matter of ones perspective. Do I personalize the leaf or the tree? The tree "wants" to shed her leaves, to get ready for the cycle of life. The leaf...is it a "death", or, like a post-teenager, a release? It feels like a death, though, and I can't help a little sadness. Some leaves are obviously tougher than others and hang on against all odds, but "there is a time and a purpose for every season". ... I need to take my morning walk so that this old leaf won't fall any sooner than it has to. Up ahead the old couple and their old black dog are doing the same. Are we the leaves or the trees? Either way we have our cycle. 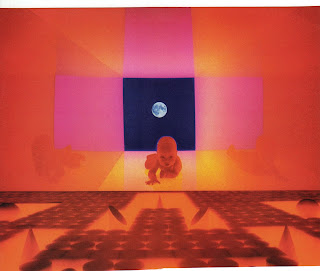 About a calendar week ago, and many, many years, the universe welcomed me into its glories and I began my grateful cycle. What a privilege to be here. As the fine Minneapolis folk singer and story teller, Peter Mayer, sings: "This year in space together has been fun. What say we make another circle round the Sun?". Blessings on Thanksgiving and all year to you all.
Posted by The Professor at 7:29 AM