Want to understand UFOs?: Get to know UFOlogy's Founders. 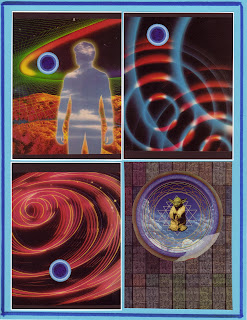 Aristotle told his impatient student, Alexander the Great, "There is no 'Royal Road' to Geometry." There isn't one to UFOlogy either. I can promise you that if you are not extremely perceptive [and a bit lucky], you cannot get an accurate picture of what's known vs. what's responsibly guessed vs. what's full-of-errors vs. what's full-of-worse by merely scavenging about on the internet. The only Road to actually knowing something about this field is to lean heavily on its founders--that means to learn its history. This post is in aid of that. It is lightyears from sufficient, obviously, but it may serve someone as a door. The downside of this is that if one really wanted to know anything about this field, one would have to be willing to put in some real time and some real work [that much anyone can decide to do on their own], but also to have the resources available to them to do so [and that few people, unfortunately have]. In my viewing of the web, the status of UFO information resident here is not quite yet at the level which would support a dedicated "student" in the quest. This is because, even if a report is available in full here and there [as they are for USAF's Project Blue Book on Footnote. com] a relative "rookie" does not have the "historical context" to aid in the interpretation of that report. It is advantageous to be able to read what the past giants had to say about the period, the USAF handling, the "similar cases" to get perspective. This is not to say that the giants were perfect. All of them were/are human and had strengths and weaknesses. But understood as a whole, their cumulative insights and facts are the beginnings of a good guide. This post is one guy's [mine] foggy view on these founders and what they gave to us. It's no history. We can't dedicate 600 pages for that. It's just a window from which to describe [a little] and give praise [a lot] to some folks who made a difference. 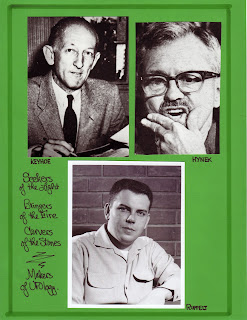 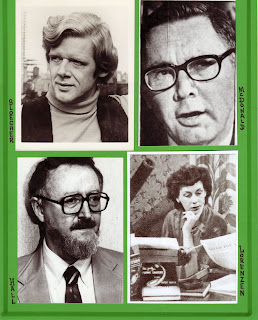 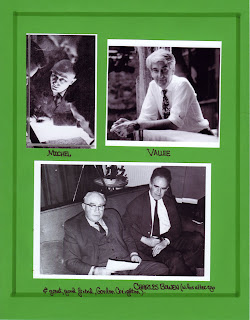