UFOs: What Is Believed? 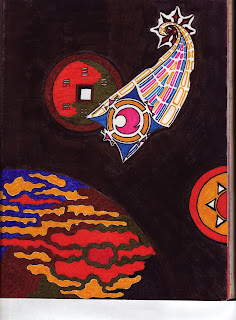 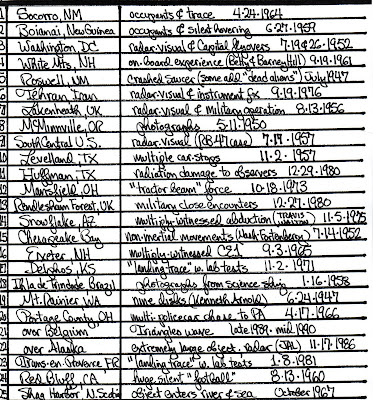 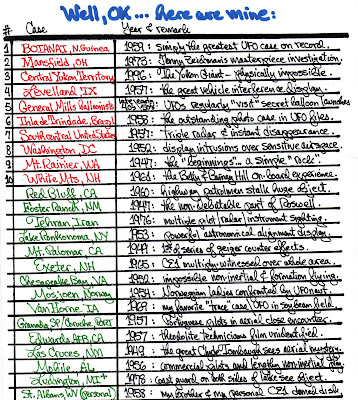 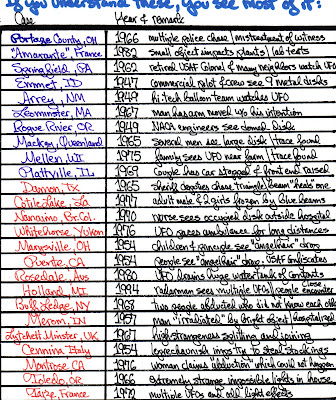 In my supplementary list [and this could go on to quite lengthy numbers] I've tossed in favorite cases of differing sorts of strange elements to better cover the UFO phenomenology. Even adding these in, the emphasis is still 50s,60s,70s. The strangeness quotients are not what's making the difference here. The difference is in the credibility: the trust in the witnesses and the trust in the quality of the field study. Even when one was dealing with a botch job by the USAF, one had lengthy reports in the hand of witnesses [or same as] and independent interviews or commentaries and, over time, we "got to know" who these people were [often] or at least could set them into some credible context where not everything reduced to "believe it or not". Modern research has often considered the cases so "private" or the researchers become themselves so guarded with their information that the rest of us are often left outside looking in. Naturally we're not in a comfort zone about such claims. All this and more produces lists which emphasize "old-fashioned" UFOlogy. They are lists which count 25 CE2s vs. 4 CE4s. [I'm counting if I doubled an "expert" case, which I shouldn't, but that didn't hurt the ratio]. I note that I am more "risk-taking" than my colleagues, mentioning 4 "high-strangeness" incidents [Toledo; Taize; Lytchett Minster; and Montrose] [admittedly in my second list] but none of us are high on CE4s except for the Hills, Walton, and Buff Ledge. The question a UFO researcher should ask is: what is the consensus Credibility/ Strangeness criteria graph like? What do my colleagues think is reasonable? Where have I fallen short [if so one has]? None of this means that we do not believe on-board experiences have taken place. Almost every well-read UFO researcher that I know thinks that the Hills experience happened, though they hardly agree on what the "agenda" was. Almost anyone who has read Walt Webb's Buff Ledge Incident believes that one happened too. Others start running into resistance. Why this is, I have not the answer. But it's real. If anyone who researches CE4s cares, they should think about this.
Posted by The Professor at 12:38 PM